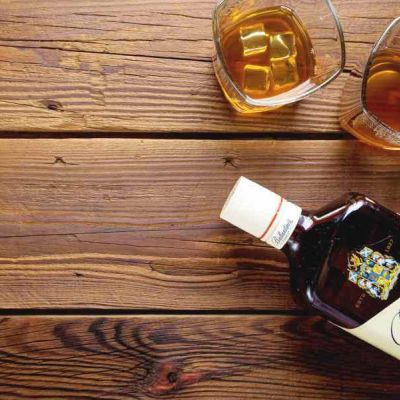 If you are a bread baking hobbyist, then must know that bread baking, though therapeutic, can be very difficult as well. If you are new to this or like to give your own spin on the recipe, then you must have encountered a number of problems? From dough not rising properly to bread feeling hard, the list is almost endless. Out of all the problems you can face, bread smelling like alcohol is a very common issue.

In this brief guide you will get the answer to the question – Can I eat bread that smells like alcohol. You will also get to learn the reasons behind alcohol smelling bread to ensure you do not face this problem soon. So, read on to know more!

Bread that smells like alcohol is perfectly safe to eat. Alcohol is produced via the yeasts fermentation process, which is the reason behind this particular smell. Once this dough is baked in your oven, the smell usually disappears. But if excessive amounts of alcohol were produced by the yeast an alcoholic aroma will linger.

Why does yeast produce alcohol?

When yeast is added to the dough it goes through many stages to produce carbon dioxide and alcohol. Starch molecules are broken down into simple sugars, largely by the enzyme, maltase. These simple sugars are utilized by the yeast in aerobic (with oxygen) and anaerobic (without oxygen) respiration. Anaerobic respiration leads to yeast fermentation which is where the dough produces carbon dioxide, and you guessed it, ethanol -the scientific name for pure alcohol.

Yeast that is used to make bread by all professional and amateur bakers belongs to the fungus category. Sourdough bread is slightly different as it uses wild yeasts to make the bread rise alongside Lactic Acid Bacteria (LAB). Lactic acids develop in longer-developed dough types, as well as sourdough. They can also produce CO2, and have many benefits to the maturity of the dough that are discussed in the dough fermentation article.

What can you do to prevent this alcohol smell?

There are many strategies that can be used to reduce the amount of alcohol produced in bread dough. These lean towards either:

Here are some common solutions to deal with this problem:

If you are making bread without a first rise, or if the first rise is less than 1 hour, kneading should be your primary focus. As the dough is kneaded it develops the gluten structure so that it’s nice and elastic and extensible. This allows the structure to retain the CO2 produced and stretch to make the bread rise efficiently. Yet this is not all kneading does! When the dough is kneaded, it forces oxygen into the dough. As the flour oxidises it does two things to benefit the bread:

By kneading the dough well, the yeast will produce less alcohol (as it respires with oxygen) and rises faster. This will reduce the chance of your bread smelling like alcohol!

As dough bulk ferments and rises, it continues to absorb oxygen into the matrix. Too much oxygen can lead to over-oxidation of the flour which will have a negative effect on the bread dough. Intense kneading, therefore, is only beneficial if the dough is to undergo a short first and second rise.

Prefermenting part of the flour with water and yeast will increase the amount of alcohol in the final dough. However, it is still a solution to consider as:

This means that despite that some alcohol is produced as the preferment develops. However, the benefits it provides mean that the bread rarely smells like alcohol.

A preferment can be used in a quickly-made bread and a longer fermented loaf. Not sure what a preferment is? See my prefermenting flour guide.

As mentioned before, yeast produces alcohol. Therefore adding too much yeast can produce the unwanted aroma. To avoid this, reduce the amount of yeast you usually use and use a yeast conversion table when using another type of yeast than the recipe states.

The standard percentage of yeast used in bread recipes is given as a percentage of the flour used. Most bread recipes use 2% of fresh yeast, which converts to 1% active dried and 0.8% instant yeast. If your recipe requests that you use more than this, you should consider reducing it, unless the dough contains a lot of sugar.

When you leave the dough to rise for a long period of time, you can face this problem. Yeast, combined with simple sugars will continue to produce gas and alcohol until it runs out of food or it gets too hot in the oven. It won’t stop when the bread reaches the top of the tin!

Use the poke test to check your dough isn’t over proofing. To do so, take a wet finger and lightly press on the dough. If it returns straight away, it’s not ready. If it stays down and returns in around 3 seconds, perfect. If it stays down for longer than 3 seconds, it’s already over fermented.

If you are making sourdough bread and discover that the smell is overly alcoholic it’s most likely down to your starter. An unripe starter contains more yeast and less LAB than a mature one. As it matures, the acidic bacteria increase and produce the majority of the gas required to raise the bread.

As sourdough has a longer development time, the yeast will always ferment, instead of aerobically respiring. This means that a starter without a large concentration of active LAB will produce more alcohol. To check if your starter is ripe, use this guide on is my starter ready to use? If you consider it isn’t then you’ll need to feed it for a few more days to encourage the LAB to multiply before trying again.

Bread that gives off the smell of alcohol is safe to eat, it may taste bitter and unpleasant, but you may love the smell! It’s a personal choice. If you follow the relevant steps above for a short or long-fermented bread you will surely be able to flaunt your baking skills to everyone without a hitch!