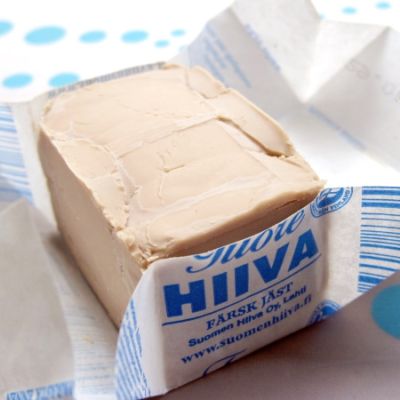 There are many types of yeast available to home and professional bakers and knowing which one to use can be overwhelming. The majority of yeast types can be used to make any bread, you just need to know how to use them! There isn’t a “best bread yeast” yet, if you’re bread hasn’t risen, before you ditch your yeast packet to get a new one, check that you know how to convert the recipe for the yeast type used and any activation techniques required.

The best bread yeast is fresh compressed baker’s yeast. It requires no activation and operates at cool temperatures well. It’s not that popular in home baking though as it’s hard to find in small quantities and has a short shelf life. For these reasons, instant yeast is the best yeast for most beginner bread bakers.

The yeast types we are going to cover in this post are Instant Dried, Dried Active, Fresh and Osmotolerant. After reading this yeast guide you’ll be able to resolve every yeast conversion or yeast problem you will face, including the fresh yeast vs dried yeast dilemma!

What does yeast do?

Yeast is the most popular levain in bread making. A levain is an active agent that’s added to flour and water to create gas. Once activated, the yeast cells allow simple sugars to penetrate their cell walls and produce aerobic respiration and anaerobic fermentation. These both produce (amongst other things) carbon dioxide.

Carbon dioxide passes through the dough structure to pockets of gluten where it changes from a liquid into gas. The CO2 gas becomes trapped in the gluten structure which as more gas is produced, expands and raises the loaf.

Yeast is a type of fungus found in many living things yet in bread baking, it is produced commercially through cultivating molasses.

All of the following types of yeast are produced by the strand of yeast Saccharomyces Cerevisiae. The way yeast is produced is most likely the same between forms and brands, it’s the way the yeast is extracted and dried that makes the difference between the types of yeast that are available. Let’s take a look at what they are:

Often referred to as “Bakers Yeast” or “Compressed yeast”, this is the simplest form of yeast. It’s derived from the yeast cream where it’s then filtered and compressed into blocks that are the same size as a house brick. Because there are no additives required to produce fresh yeast you won’t have to worry about anything altering the characteristics of the dough. This also makes the yeast “clean label” which is preferred when listing ingredients on product packaging.

Qualities: It’s fast to act and requires no activation – removing a variable. Bakers yeast is the benchmark for all other yeast types and generates a slightly sweeter flavour. Artisan varieties are available which operate at cooler fermentation temperatures, though prefer proofing temperatures between 77-100F.

Shelf life: Kept wrapped, it will stay fresh for 2-4 weeks. Fresh yeast is great to use commercially but home bakers may struggle to use a portion without it going out of date.

Activation: No activation is required – add it straight to the dough.

Where to buy: Block sizes are wrapped in wax paper and sold in 500g, 800g or 1kg weights. You can buy cases containing around 12-20 blocks from Kitchen Kneads in the US, or Amazon in the UK, or for smaller amounts, try your local supermarket or bakery.

Conversion: Fresh yeast is 66-69% water making a slight adjustment in the water levels required for your doughs when converting from dried varieties of yeast. As it’s the industry standard type of yeast, recipes are generally tailored to use fresh yeast and then converted into dried yeast. The use of fresh yeast is where the 60% 2% 2% (water, yeast, salt) bakers percentage for standard French bread originates. See the yeast conversion chart below for accurate conversions.

Manufactured by removing the water from fresh yeast, Active Dried Yeast is the most popular yeast for home bakers. It’s not as fast to activate as fresh yeast and requires “blooming” before use, but is cheaper than instant yeast and has a much longer shelf life compared to fresh. Whereas fresh yeast is 100% yeast and water, active dried yeast contains an emulsifier, usually Sorbitan Monostearate. This is necessary for the yeast to remain as small granules when dry, and dissolve when added to water. During the activation of active dried yeast, some yeast cells fail to resurrect. Deactivated yeast cells benefit the dough by increasing its extensibility.

Qualities: A little slower to activate. This yeast is preferred by many artisan bakers who wish to develop their gluten before gas production commences. Improves the extensibility of the dough.

Shelf life: Once opened a tin of dried yeast states it must be used within 30 days yet I keep mine for much longer without any issues.

Activation: Dried active yeast has to be activated in warm water for 6 – 10 minutes. Ideally, the best temperature for activating dried yeast is 38-46C (100-115F) is used.

Where to buy: Readily available at supermarkets and online, dried active yeast is the most common levain available.

Conversion: To convert recipes from fresh yeast you should multiply by 0.44. Though most people will simply half the amount of fresh!

Instant yeast is a form of dried yeast that uses a different method of manufacturing which retains more active yeast cells. Its production method produces smaller granules which allow it to act quickly when added to a dough mix. Because of this, there is no need to activate this form of yeast. It usually contained ascorbic acid to remove oxygen in the production process. There will also be an emulsifier such as Sorbitan Monostearate and sometimes further dough enhancers like alpha-amylase.

Instant yeast is the preferred type of yeast for bread machines. and offers some enhancements to the dough. The downside of instant yeast for home bakers is that it is double the price of active dried yeast.

Qualities: It’s small, dehydrated vermicelli which gets to work rapidly, sometimes it’s so quick that the dough becomes gassy during mixing! The inclusion of ascorbic acid originally to prevent oxygen in storage actually helps the dough to incorporate oxygen during kneading. This increases the strength of the gluten making it ideal for quickly proofed doughs.

Shelf life: Like active dried yeast, instant yeast should be used within 30 days of opening – but seems to last up to a year in the fridge.

Activation: No need for activation, it can go straight into the dough with the dry ingredients.

Where to buy: Available in most supermarkets and easy to find online.

Conversion: A lot of people make the mistake of using active dried and instant yeast interchangeably. But it’s a mistake to think this! Instant is more powerful so a conversion should be completed where the amount of active dried yeast is multiplied by 0.76. To convert a recipe from fresh yeast, multiply the fresh yeast amount by 0.33.

This yeast is designed for use in doughs that have high quantities of sugar in them. It is expensive, but for sweet artisan bread, it is the most, and only reliable option.

Qualities: Osmotolerant yeasts’ make-up works against osmotic pressure to allow the yeast to feed in conditions where it would otherwise struggle. This makes it suitable for doughs that struggle to rise due to high amounts of sugar. Using this type of yeast will also reduce the mixing time by 10-30% compared to those made with fresh yeast.

Shelf life: It should be used within 30 days of opening, but can last 2 years still in its container.

Activation: No need for activation, it can go straight into the dough with the dry ingredients.

Where to buy: There are two versions of Osmotolerant yeast available, Bruggeman Instant brown (SD or “Sugar Dough”) and SAF – Instant gold. They are only really found online through bakery supply specialists.

Conversion: The activity of this yeast is 10-20% higher in sweeter doughs. For this type of bread, high levels of yeast are generally required so it’s common to use 2-3% of the total flour weight.

This is the yeast cream that is used in big commercial warehouses. It’s the purest form and doesn’t require any activation. It does contain more water and can be poured into the mix, replacing some of the water content.

If you think you need liquid yeast, you probably know more about yeast than I do so I won’t comment any further!

Which type of yeast do I choose?

Your yeast choice is going to impact your bread quality. Most home bakers use active dried yeast as it’s cheap and readily available. Instant yeast doesn’t require blooming therefore it’s easier to use but is more expensive. Fresh yeast is great, especially when making dough in cooler climates, but it’s harder to find.

What is the best brand of yeast for baking?

I would choose to stick with a reputable brand and type of yeast at first. Keep going, learn how it behaves and have some fun making your bread! Popular yeast brands include: