Biga vs Poolish – Are These Preferments The Same? 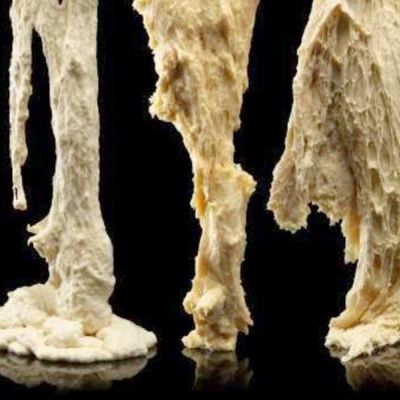 Preferments are one of the oldest methods that bakers use to improve the maturity of dough. Before artificial dough improvers were commonly added to commercial bread, preferment use was widespread. And it is still in use in artisan bakeries today! There are two main ones called Biga and a Poolish. There is also a Pâte Fermentée, another french preferment. Given that Italy and France have arguably the deepest bread culture in the world… How do their preferments differ from each other in a biga vs poolish test?

The Italian Biga and the French Poolish preferments are levains formed of flour, water and yeast. They used to make bread doughs rise and provide extra dough maturity. Biga and Poolish differ in their water and yeast content. Biga has a stiffer mixture and more yeast, while poolish is looser in comparison.

What is a Preferment?

A preferment is a dough mixture that’s mixed separately and left to ferment on its own before getting mixed into the final dough. There is a minimal amount of yeast added, so they usually ferment for about 6-16 hours -most bakers prefer to do this overnight. The slow fermentation process activates yeast, develops the dough, and generates organic acids.

Sourdough is a type of preferment too. It’s often not mentioned in this category of levains, but it is made from “prefermented flour”.

Some bakers use a small amount of yeast alongside the preferment to jump-start fermentation. While some wait for the naturally occurring bacteria and types of yeast to do their thing. This usually happens over an extended period so that they can create unique flavours.

What does a preferment do in bread baking?

Some bread recipes use a preferment, it may sound funny that just leaving some flour, water and levain for a few hours can make much of a difference. But it does! It makes the dough stronger and more hydrated, which means it will be better tasting when it’s done baking. It also maximises the power of the yeast, meaning you can use less and your bread will taste better.

It means that by adding a preferment that kneading and the fermentation length can be reduced. Preferments are used by many professional bakers because they’re very versatile and save space. When compared to maturing an entire batch of dough a preferment is much easier to work with.

Poolish, also known as French preferment, is made of equal parts of water and flour. It’s usually added with a small amount (about 0.25%) of commercial yeast and doesn’t contain salt. Poolish will look shaggy when it’s mixed for the first time but will get loose as it ferments.

The French named this technique after Polish bakers, who introduced it to France. It was originally used for making pastries, but it’s now used all over the world for bread.

Poolish preferment is notable for its taste that’s ideal for a nice, buttery flavour. Bakers often use it in baguettes and other bread with crisp crusts and open crumb structures.

Biga is the Italian version of a preferment. It’s similar to Poolish but is often made as a stiff mixture. It can consist of up to two parts flour and one part water. This makes sure that it’s closer to a bread dough rather than pastry dough. Because it is stiffer, slightly more yeast is added (0.5%) to speed up the rise. Salt is occasionally added, but it’s a really personal preference. It’s commonly used for Italian bread like ciabatta and focaccia

Pâte Fermentée is the French term for fermented dough, also known as “old dough”. It used to be the most popular way to make bread in France. These days its use is less prolific, however, one of the most famous bakeries in the world Poilaine still uses it to this day for their Miches.

This process goes by retaining some of the dough made on one day and adding it to the next day/s batch. This adds a complexity of flavour and leavening to the next baked goods. It can either be made from a dough containing commercial baker’s yeast, or sourdough. It’s the only preferment that always contains salt.

The Pate Fermentee can be stored for 8-12 hours at room temperature. It can also be kept for a few days in the refrigerator before it loses its leavening ability.

This style of preferment makes the process convenient for bakers who are making the same bread recipe regularly. You can add yeast to the dough, but many bakers don’t bother. After several years of repeating the process, the levain becomes packed full of yeasts and lactic bacteria. This makes the preferment an extremely powerful and flavoursome levain.

Poolish vs Biga vs Pâte Fermentée

Whatever your desired results may be, poolish and biga can be used interchangeably. You’ll just have to adjust the amount of water used in the dough depending on if you use a wet (poolish) or stiff (biga) preferment.

Preferments, such as Poolish, Biga, and Pate Fermentee are all great choices for bread. They provide a source of organic acids and developed gluten for the dough. Including any type of preferment enhances flavours and matures the gluten structure for a better rise and oven spring.

There are a few differences between the three. The Poolish is always made up of 100% hydration. While the Biga may contain 50%-100% water, depending on desired flavour or function. Salt can be added to the Pate Fermentee, sometimes to biga, but never to poolish.

It is important to know when it’s the right time to include preferment in your dough. Having great moisture and dough expansion lie there. The ripeness of the three preferments varies according to their yeast and water content.