Why Does My Bread Smell Yeasty? 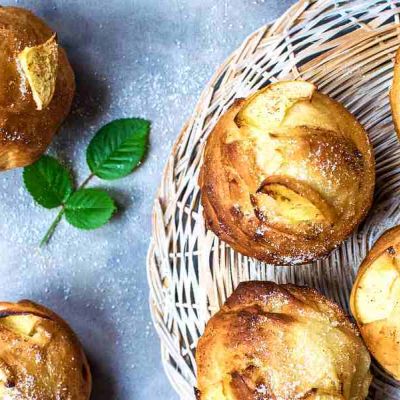 Have you ever gone through the motions of doing just about everything right to get a perfect loaf of bread, only to get hit with that scent of yeast? Why does my bread smell yeasty even after following a recipe? Well, the yeast in your dough has most likely gone a little too crazy! Let’s learn why that is and how to best prevent it.

What is yeast’s job?

Whatever yeast you’re using for your dough, it’s important to remember its job. From fresh yeast, instant yeast, or active dry yeast, each plays a significant factor in the overall outcome of your dough. Yeast’s job is to raise your dough. This occurs when it starts to consume and respire the flour’s starches and sugars, producing carbon dioxide gas. The gas gets trapped in the gluten structure, making the bread get bigger and bigger as it rises.

The yeast has two routes to produce gas. The first utilises oxygen, which produces carbon dioxide and water. The second method is used when oxygen is not available. Anaerobic (no oxygen) respiration leads to alcoholic fermentation and produces carbon dioxide and ethanol (alcohol). So while the yeast is active, how much it ferments will leave your bread with certain smells. And several factors play a big key here in that fermentation process.

The role of yeast fermentation and respiration

Fermentation and respiration of the yeast are crucial parts of a perfect loaf. They are what give different types of bread their key characteristics. The longer you leave your bread to proof. Generally, more fermentation occurs.

Over fermentation can create that familiar pungent smell of yeast or alcohol. It is essential to be accurate when measuring yeast in your recipe. Too much yeast remaining in the bread after it is baked will also leave the final product unpleasant.

So the two primary causes of yeasty flavour in bread are over fermentation and excessive yeast remaining in the bread. But guess what? There are ways to prevent this! Several essential factors will change the outcome of the bread, especially in terms of the scent.

Let’s take a look at the main reasons for yeasty bread and how to prevent it from happening.

#1 Too much yeast in your dough makes bread smell yeasty!

It’s probably pretty obvious, but the yeasty flavour is coming from the yeast! Therefore you might have used too much. Use a set of accurate scales to measure amounts. If using instant yeast instead of active dried or fresh yeast (or vice versa), use a yeast conversion table to make sure you are using the right amount. These yeasts vary in potency, so it’s essential to adjust the amount used to avoid adding too much.

Lots of yeast will make the bread rise quickly. Combined with extra sugar, you will likely have a very yeasty flavoured bread with an immature crumb structure.

Ensuring your yeast is evenly distributed when added is essential to the final product. If you knead the dough for more than 5 minutes, the kneading action will do this job for you. But if you are kneading for less than this or following a no-knead method, you should dissolve the yeast in the water before adding it to the flour.

Active dried yeast requires activation in water to bring it back to life. The temperature of the water is important here. Blooming the yeast too cold will end in the flavour of yeast remaining, but with the rising ability diminished. If the water is too hot, the yeast will die.

Aim to proof active dried yeast with a teaspoon of sugar at 100-110F (37-43F) for 10 minutes. After this, you should see plenty of bubbles as the yeast becomes nice and active.

#4 Use a more active yeast

Sometimes you get a bad batch of yeast, and it is not as effective as it can be. You can check any type of yeast by blooming it in water to see if it froths up. Active dry yeast has a higher ratio of inactive yeast cells. This is one of the reasons why more has to be added to bread dough than instant yeast. The deactivated yeast won’t make the bread rise, but it will increase how much it smells of yeast. It also makes the dough more extensible, which is why active dried yeast is sometimes preferred when making croissants and other bread products that need stretching.

Although the difference in flavour should be negligible, making the switch from active dried yeast to instant yeast can improve the flavour of your bread if nothing else works.

#5 Watch your bread as it rises!

Watch how the bread rises to prevent your dough from over-proofing and smelling yeasty. Check-in on it to ensure it’s not growing too rapidly and that the elasticity is still intact. If it is, you may want to slow the rise by putting the dough in the fridge for 30 minutes or bake it before it over-proofs.

Use the poke test to see if the dough returns to its original position. To do so, take a wet finger and lightly press on the dough. If it returns straight away, it’s not ready. If it stays down and returns in around 3 seconds, perfect. If it stays down for longer than 3 seconds, it’s already over fermented.

Let’s not forget the temperature. The warmer it is wherever you’ve left your bread to rise, the faster it ferments. This leads to a higher chance of the bread becoming over-fermented. And if it’s too cold, there’s a possibility that it won’t rise much at all.

If the yeast in the dough remains dormant, chances are, the yeasty smell will remain in the bread, or you’ll add more yeast to compensate for the slow rise. Either way, overproof or underproof, the bread may taste yeasty.

See what is the best temperature to proof bread dough to learn more.