When baking bread the temperature of the oven will affect many of the bread’s features. Changing bread baking temperature alters characteristics of taste, texture, smell and appearance. So what temperature is the best temperature to bake bread at? 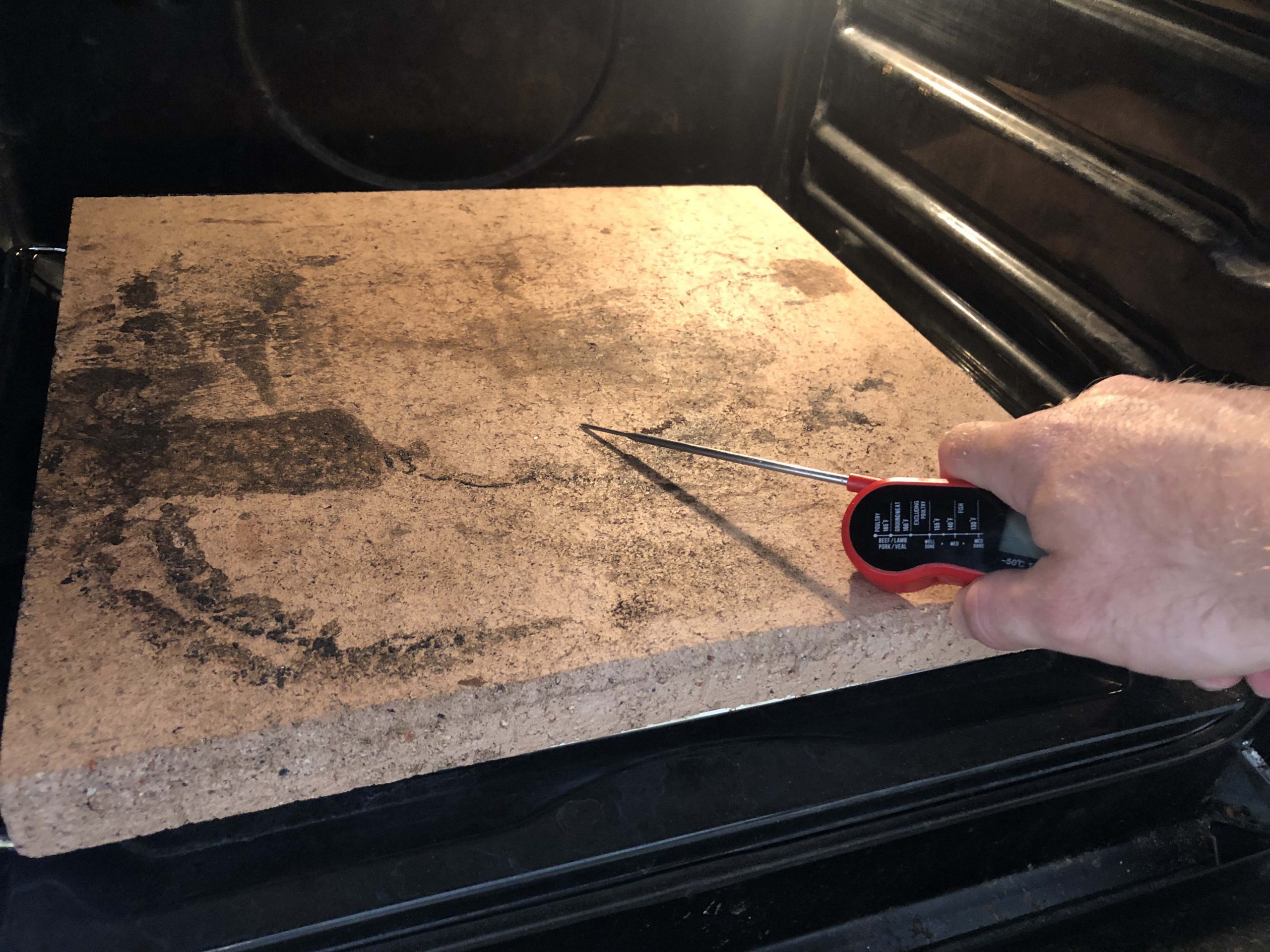 Why is oven temperature important?

Once the bread is proofed and ready to bake, there are a few ways a baker can adapt it. During the baking stage, bakers can change:

These all impact the quality of the bread. In general, the more intense these factors are, the harder and darker the crust will be. However, today we are going to focus on the temperature of the oven.

The standard bread baking temperature is somewhere between 220C (430F) and 230C (450F). Whole wheat breads and loaves with seeds or other toppings become less appealing with too much colourisation. These should be baked at 220C (430F). Standard white bread and sourdough is best baked at 230C (450F).

Here are the baking temperatures for popular homemade bread:

Soft bread rolls are baked at 250C (480F) for 10-12 minutes. The rolls should be placed on a shelf that’s close to the top element of the oven. If you can’t do this with your oven, finish off under the broiler for the last 2-3 minutes. The heat quickly caramelises the sugars on the top surface. This makes a thick coloured crust and a soft, moist crumb.

What temperature should I bake crusty rolls?

When baking crusty rolls, bake using a preheated baking stone at 220C for 20-24 minutes. Adding steam as you load the oven will make your rolls extra crispy when they come out.

What oven temperature to bake baguettes

When baking baguettes the oven should be set to 250C (480F). This helps draw the characteristic butter-like flavour from the flour and makes them crunchy, yet soft in the inside.

What oven temperature to bake pizza?

Pizza is baked at 450-500C (850-930F), sometimes higher. This temperature is not achievable in most domestic ovens. A wood or gas-fired oven is used in restaurants. The high temperature draws sweet aromas from the crust whilst the dough interior becomes nice and soft.

Pizza made in this heat will be ready in under a minute. When making pizza dough with a cooler oven at home, try adding sweeteners and olive oil to the dough recipe. This will speed up colourisation.

What oven temperature to bake ciabatta

Ciabatta is usually baked at 220C for 22-30 minutes. To draw moisture from the crumb the oven temperature is sometimes lowered mid way. Italian breads like ciabatta can be baked at higher temperatures. This makes them moist on the inside with a char’d crust on the outside.

The blackened crust perfumes the bread, making the flavour of the bread deliciously deep and aromatic.

Pain de Mie contains more fat and sugar than standard white bread. Depending on the amount used, this bread should be baked between 200 and 220C. If the loaf browns too early during the bake, lower the baking temperature.

What temperature to bake brioche

Brioche contains a large amount of fat and sweeteners and is baked at 200C (390F). This makes for a moist bread crumb. It also lowers the amount of browning that occurs through caramelisation and Maillard reactions.

To bake sourdough, preheat the oven to 250C (480F) with a baking stone inside. Once the bread goes in, lower the temperature to 230C (450F). Add steam and set a timer for 25 minutes. After this, open the oven door to release the steam and drop the heat to 210C (410F). Cook until the bread sounds hollow when tapped.

What happens when bread bakes?

As soon as bread goes into the oven, the first thing that happens is the yeast rapidly feasts on the available sugars. Yeast peaks in activity at around 28C and dies at 60C so before the core of the bread gets too warm there is a surge of activity. This yeast activity produces more gas to make the bread rise during the first 10-15 minutes and we call this action, “oven spring”.

As the yeast gets too hot and the crust area starts to harden, the oven spring ends. After this, the starch coagulates and moisture exits the bread. Baking turns a gassy dough into a delicious loaf of bread.

Using a preheated baking stone improves the conduction of heat into the loaf. This greatly improves how the dough rises in the oven. If you don’t have a baking stone, heat a thick baking sheet instead.

– Adding steam to the oven

Do you want to know the secret to the perfect oven rise? Well, steam and a baking stone are the key! You can add steam with a pan of water at the bottom of the oven, but there are many ways of adding steam to an oven. A humid environment creates a perfect crispy crust on your breads, while keeping the inside moist. If you want to learn more about this technique, click here for my blog post with all the details!

The Maillard reaction is a chemical process which occurs when an amino acid and a reducing sugar are heated together. This leads to the development of new molecules with interesting but unusual aromas. The reactive carbonyl group of the sugar interacts with the nucleophilic amino group of the amino acid. This results in intriguing but poorly described odour and flavour compounds.

The Maillard reaction is a type of enzymatic browning. It’s actually one of two ways in which food can be browned, the other being caramelisation. The result of these reactions are more complex flavours as well as new aroma molecules appearing. These flavours are not found before, which explains why roasted coffee and peanuts taste so different from their raw form!

The variables that contribute to the amount of colour and how the aroma of the reaction alters the bread include:

And still some areas of the Maillard reaction are unclear.

Homemade bread baked at high temperature takes less time to bake. They have an increased rate of the Maillard reaction, generating darker colours. Browning adds flavour to the bread.

How hot can I have the oven for baking bread?

Here’s a first-hand account of what happens when the oven bakes bread at over 240C (5F). I once worked in a bakery where they would preheat the oven to the max, before dropping the heat as the bread went in. I think the idea was to get more colour on the crust, but I really didn’t see any logic!

Despite dropping the heat, the oven temperature started at 500C (930F) when the bread went in. That’s a high heat!

After about 10 minutes it would eventually cool to a more standard baking temperature of 220C (430F). The bread shot up initially and the crust coloured quickly. The bread was ready to take out in around 20-25 minutes, shaving off about a third of the standard bake time. But it really wasn’t great!

There were many tones of colour on the crust which looked really nice. The crumb was extra moist due to the short baking time preventing moisture from escaping. But the main problem was the crust. It had no strength whatsoever.

Once the bread had cooled there was no crunchiness at all and it would even bend over if held upright. That’s not good bread! As there was more moisture the crust absorbed it as it cools, making it soft.

That said, dark colours and a soft crust is ideal for pizza!

The baking method of extreme heat for a short period is often used in Italy. They will use wood fired ovens to make pizza, soft flatbreads or pocket sandwich breads (sometimes in their garden!). It’s also the same method used to bake naan breads, although they use a clay oven instead of a traditional bakers oven.

Top tips for changing the oven temperatures at home

To put into practice some of these tips, it’s worth using the oven temperature to “fine-tune” a bake.  Follow a bread recipe to start with, then make tweaks to the oven settings. After experimenting with different temperatures, you’ll soon find your bread comes out just right!

The temperatures provided are guides. They may change from oven to oven as some operate more fiercely than others. Some will have their heating elements at different distances from the baking bread. It’s best to follow the recipe you are using for the first bake, then use these tips to make adjustments as you see fit.

When should I drop the temperature of the oven midway?

Bread that goes into the oven at a high heat will often have the heat reduced midway through the bake. Bread baked this way benefits from a strong oven spring and sometimes colouration. Whereas the second, cooler period focuses on drying out moisture from the core of the bread.

This technique only really works if there isn’t another bread to go in straight after it comes out. We don’t want to cause a delay whilst the oven preheats.

Can I bake bread with a cold oven?

Yes you can bake sourdough bread using a dutch oven in a cold oven. It’s often argued that bakers get bigger bread using this technique. To bake dough from cold, put the bread in a dutch oven, turn the oven on max and bake in the oven. The gradual warmth proofs the dough to get a bigger rise. Moisture is retained in the dough by using the lid to cover the dutch oven.

A cold start speeds up the final proof time so bread made in this manner goes into the oven slightly under proofed. The cold start method is not used in commercial bakeries as the oven does not have enough time to cool between bakes.

Can I bake dough straight from the fridge?

For small loaves you do not need to let the dough warm up after a overnight fridge proof. You can place the dough straight into the oven to bake without it coming to room temperature. For large loaves such as a sandwich loaf, the core of the loaf will take longer to heat. In this case it is better to rise at room temperature for an even oven rise.

Yes you can. For dough that contain a lot of sugar and fat this is a good temperature to use. For standard white loaves, increasing the temperature will improve the oven spring and the bread’s quality. Expect a loaf to take 45-55 minutes to bake at 350 Fahrenheit. 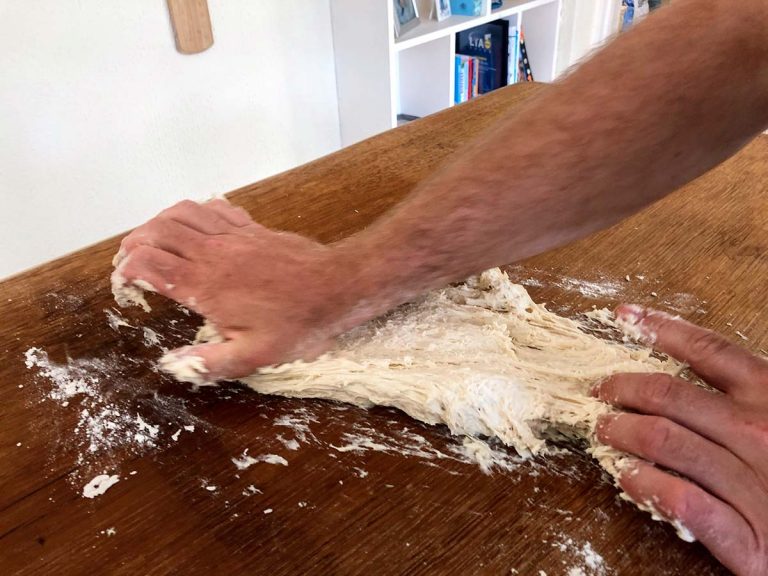 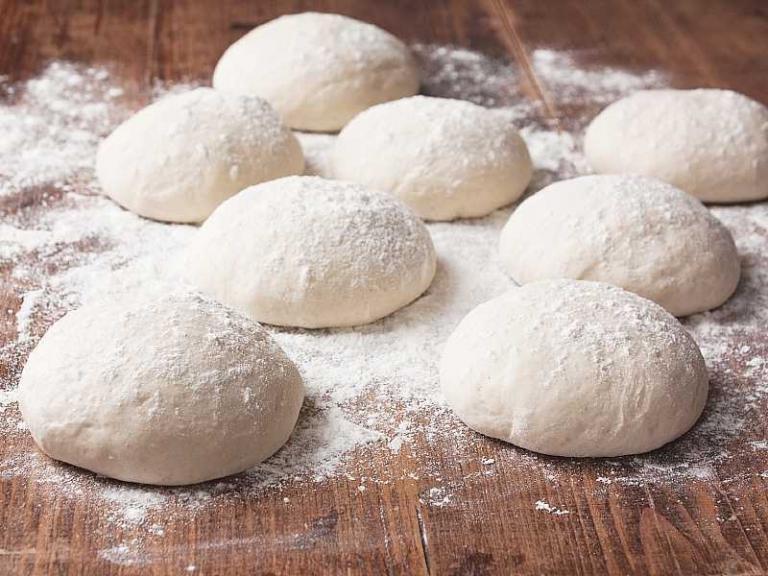 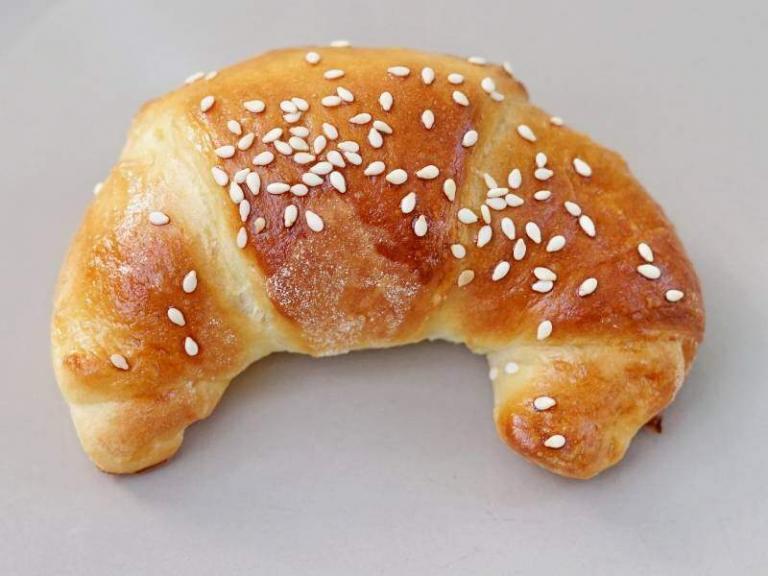 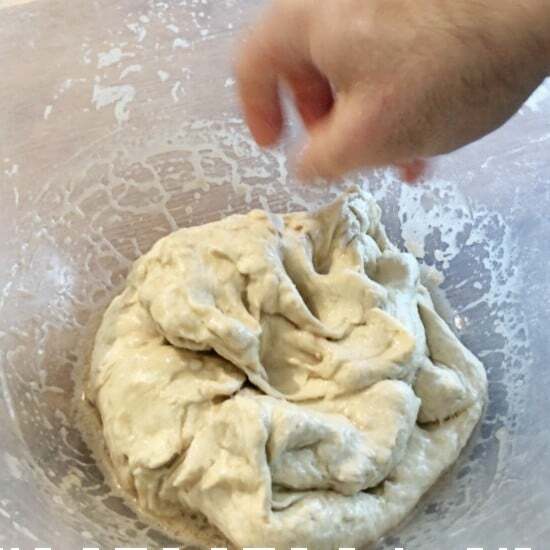 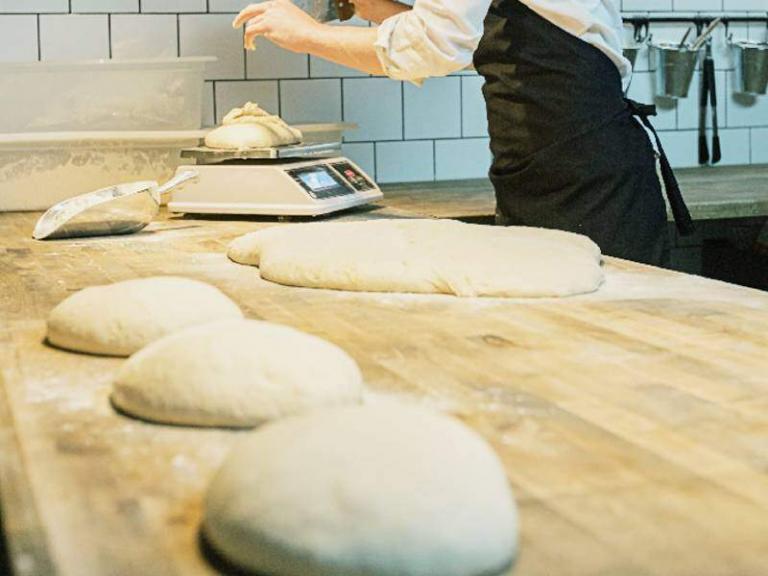 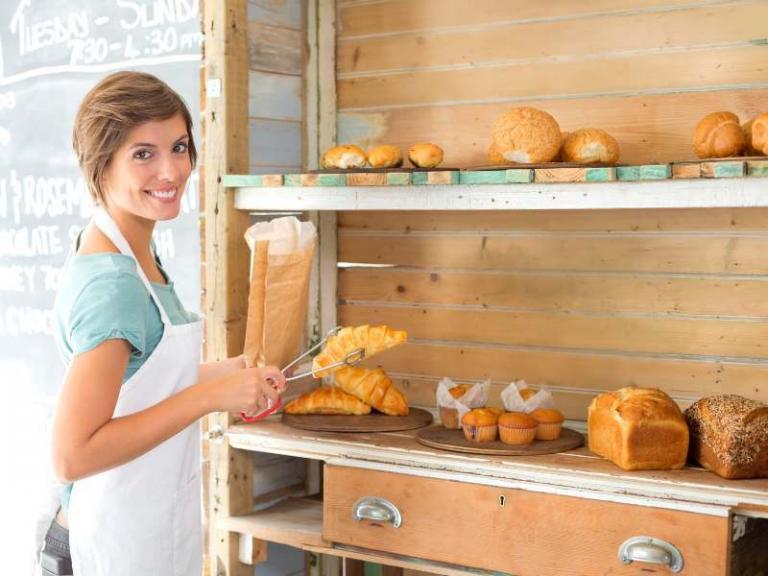 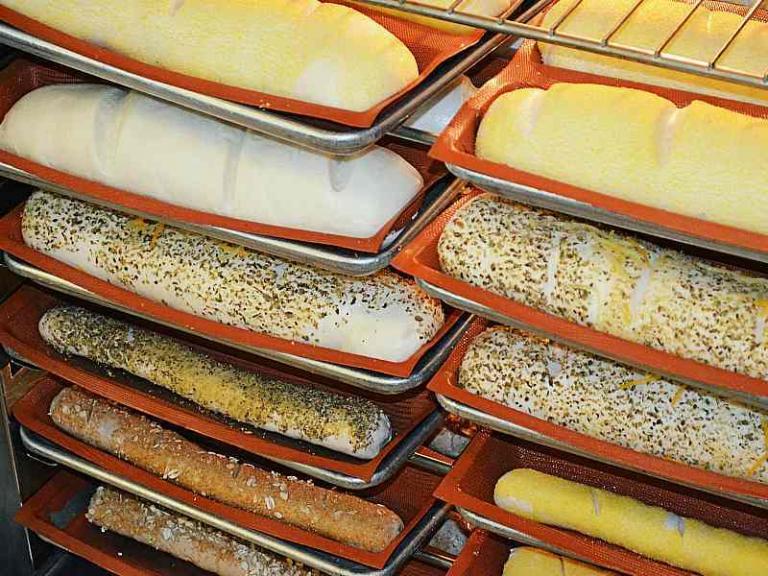 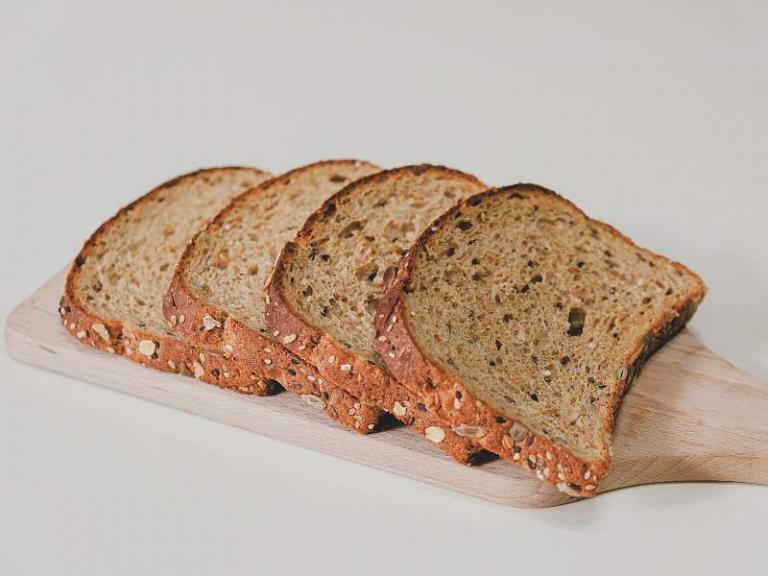 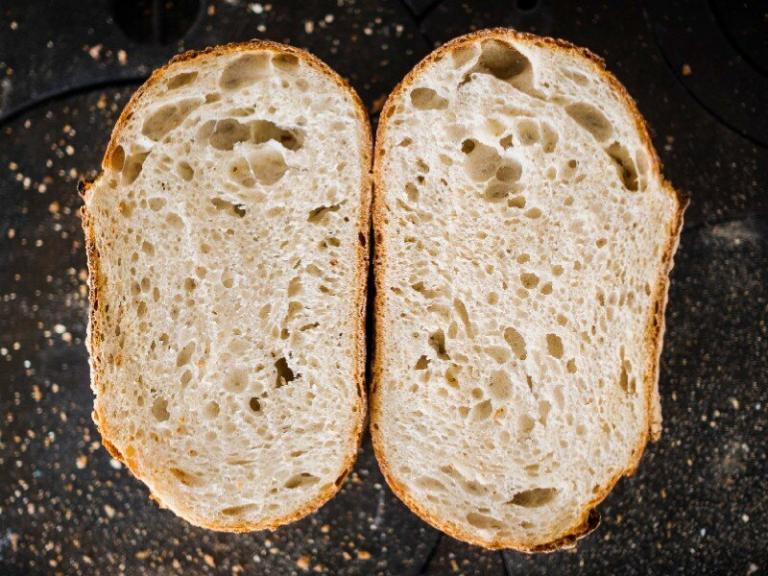 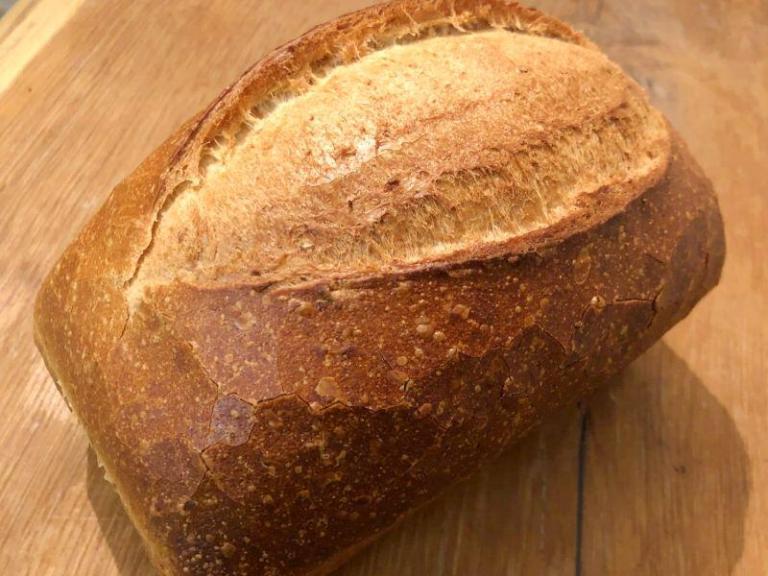