The Differences Between a Soaker and Autolyse Explained 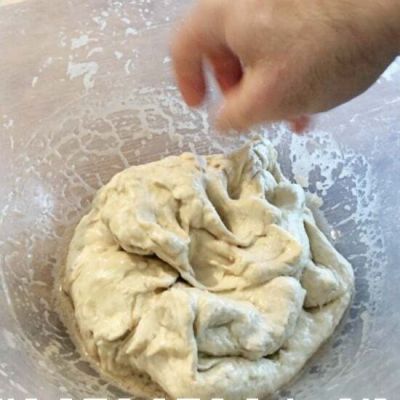 A soaker is a method of soaking grains or seeds to enhance their properties before they are added to the dough. When soaking flour, the dough receives similar benefits as an autolyse. The similarities between a soaker and autolyse make them hard to tell apart. So in this article, I’m going to cover the differences between a soaker and an autolyse, the many ways you can use a soaker, and how they improve your bread.

What is the difference between a soaker and an autolyse?

What is a soaker?

A soaker is when an ingredient is soaked in water for a period of time. The process typically lasts between 2 and 18 hours. It enhances the flavour of the ingredients, prevents dry ingredients from soaking up water in the dough, and allows large or complex grains to be used for making bread.

What is an autolyse?

An autolyse is where flour combines with water and is left to sit for 15-60 minutes. During this time the gluten unwinds and naturally improves its ability to stretch. An autolyse reduces the amount of kneading the dough requires. It is popular in sourdough baking as it improves oven spring and also when making baguettes as it makes the dough less elastic, so they don’t contract after being moulded.

How to use a soaker for baking bread

The best way to use seeds in a bread recipe

If you’ve ever added seeds to the mixing bowl to find they absorb loads of water in the dough you’ll know the pain already. Seeds and dry ingredients absorb moisture in the dough. They are often slow to do this, making a perfect dough a dry mess in 30 minutes or so.

Soaking the seeds with water overnight is a fantastic way to hydrate them and allows greater accuracy in the dough’s hydration.

Adding salt to the soaker helps bring out the aroma of the seeds allowing you to reduce the amount used in the recipe whilst achieving a fuller flavour. The salt added to the soaker is deducted from the dough recipe. Try my seeded bread recipe to see the soaker technique in action.

How to prepare a seed soaker

To bring a nutty flavour to the seeds you can roast them on a baking sheet for 5-10 minutes before soaking. This’ll create loads of intense nutty goodness in your bread.

How to enhance the flavour of dried fruit on bread

Raisins, sultanas, currants, glacé cherries and similar dried fruit can be central to the perfect fruit bread. It’s best to soak the fruit in a liquid for a few hours or overnight. This will stop them from diverting liquid from the dough structure during fermentation.

The fruit will be added near the end of mixing and incorporated slowly for one minute. If the fruit is dry it will soak up the water in the dough. If you add more water to the dough initially, you’ll struggle to produce the necessary strength in the gluten network. By soaking the dried fruit in a liquid at a ratio of 10% of its own weight, we can fix the problem.

We can incorporate additional flavours by using liquids other than water. Common uses for soaking dried fruit are in fruit loaves, hot cross and fruit buns:

Using a soaker for wholemeal flour

Creating a poolish or biga preferment with wholemeal flour is my preferred way to make a brown loaf. But for large grains found in home-milled flour and small artisan mills, a soaker is advantageous. Flour with large flakes benefits by softening with a soaker, otherwise, the flakes can be too sharp and actually pierce the developing gluten structure.

Other recipes that use complex flours such as rye, bran, and spelt can follow the soaker process too. This method was introduced to me by Peter Reinhart in his fantastic book, The Bread Bakers Apprentice. You can get a copy by clicking the link below.

See the latest price on Amazon

Combine the grain with 80-100% of its weight in water. Give it a light mix, cover and leave to soak for 2 hours.

A soaker is like the autolyse method. The difference is the end goal of the process. An autolyse develops gluten, making it extensible and strong, whereas a soaker improves the ingredients to make them more suitable for making bread. Other reasons include: