Is Sourdough Low In Carbs? Can I Include It In My Diet? 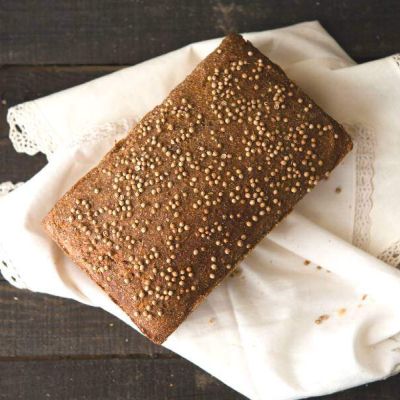 As the number of people trying to eat healthier, keto and low carb diets are on the rise. You may be wondering if you can eat your favourite sourdough bread while you’re on a keto diet. Let’s find out!

The fermentation process of sourdough reduces carbohydrates. The keto diet requires an extremely low limit of carb consumption. This limit may be hard to follow if you want to eat standard sourdough. But with a few tweaks, you can include it in your diet.

How many carbohydrates can you have when eating a ketogenic diet?

A ketogenic diet limits the consumption of carbohydrates. In this diet, you let your body use its stored fat as a source of energy. The process is called ketosis. If you’re new or just trying out a keto diet, it’s advised that you limit your carbohydrate consumption to under 50 grams per day.

This 50-gram carb limit continues for quite some time. You will follow it until your body gets used to ketosis. Once your body adapts, you slowly increase your carb intake. You may be able to consume up to 100g of carbohydrates a day. This is the best time to start eating sourdough bread, but how much is ok?

How many carbohydrates are in sourdough bread?

The fermentation process of sourdough consumes some of the starch and sugars in the dough. The result is a lower amount of carbohydrates in the finished loaf. The number of carbs in sourdough will vary depending on what type of bread is eaten. Some examples are listed below for 1 medium slice of sourdough bread which is 36 grams.

Does sourdough bread have more carbohydrates than standard white bread?

No, sourdough bread contains fewer carbohydrates compared to standard white bread. Sourdough made with whole wheat flour contains fewer carbohydrates. But even sourdough white bread has a relatively lower amount of carbs compared to standard yeasted bread. Take a look at their comparison listed below, as well as some other types of bread. These examples are based on a serving of 36g per slice:

As you can see, bread made with sourdough is usually 2 grams lower than standard bread (based on a 36g serving).

How much fibre is in sourdough bread?

When thinking of the nutritional composition of sourdough bread, its fibre content should also be considered. Fibre (or dietary fibre as it is often referred to) is a type of carbohydrate that isn’t consumed in our body. It absorbs the waste products that our body doesn’t want.

As fibre is included in the total amount of carbohydrates listed, to get the true number of carbs ingested, we need to subtract it from the total amount. Look at the table below to get an idea:

This example is also based on a 36g serving.

For home bakers who are trying to keep their carb intake down, you might want to use a longer fermentation period. This will result in the yeast and lactic bacteria consuming more sugars and lowering the final carb content.

How many calories are in sourdough bread?

How many fats are in sourdough bread?

While the fat content of most bread isn’t typically high. This is because the fermentation process will also reduce the fat content. The fat level will still vary depending on what type of flour was used.

How much protein is in sourdough bread?

There are some reports of the protein and gluten content of sourdough being lower than standard bread because of the fermentation process. But of course, the amount of protein in the bread is based on the flour used to make it.

The stretching, folding, or kneading you do will activate and strengthen the gluten network of the dough. It doesn’t increase the amount of protein. Over-fermenting, when lactic acids actually consume the gluten reduces the protein content of the bread.

A typical large slice of 56-gram sourdough bread has a protein content of 6 grams.

Where can I get low carb bread?

There are multiple places that you can get low carb bread from depending on the area that you’re in. Most of them are already available in grocery stores, while you can find some online stores that sell them.

Online Stores – There are many online stores that sell low carb bread. The most common ones are Amazon and Netrition. Both of these sites will ship your order directly to where you live. Some products available on their site, such as LC Foods, can be pricey though. You may choose to look for other suppliers with more price-friendly products.

What bread can I eat on keto?

Even though the keto diet requires a low amount of carbohydrates to consume, there are still several types of bread that you can try. Some of them are listed below:

Low carb bread brands in the US:

Of course, some of these bread are also available in different parts of the world.

Can you eat sourdough bread on any diet?

Sourdough bread is a great addition to almost any kind of diet. To some who are struggling to keep up with the 50 gram limit of carbs for keto, it is best avoided initially. But once you get the hang of it, you can make it work! You should also take tabs on some of the benefits that it has: