The Best Bread To Eat – What is it? 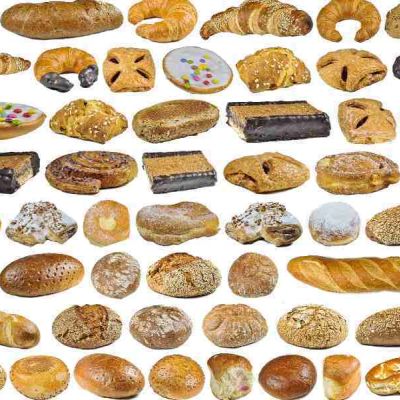 What is the best bread to eat? Every time we go to a grocery store, we encounter so many types of bread. The variety is endless, not to mention the prices! And it is often hard to choose what bread you want to buy, especially when there are many options available.

Tips for buying bread to eat

We may think that bread can influence our nutritional intake and health status if we don’t eat the right type of bread. So, here are some tips that may help you buy the right bread:

When you see these words in any product’s ingredient list, it means that the products have been processed. Even if the producers add some nutrients to these products, it’s still not great. It usually means that the production process is accelerated. Our bodies process unfermented white flour quickly which can cause blood sugar to rise more quickly. These products are also described to cause weight gain and lead to insulin resistance. This is the same thing when it comes to “refined” products.

5. Pay attention to the package and its contents

Different bread products also vary in serving sizes. So take a closer look at the table so you can compare the amounts much better. When buying bread at the store, you shouldn’t just look at the price when you’re already out to compare it. It’s better to check which ingredients are used so you can buy what is best for your health.

Narrowing this list of bread to ten was a bit hard. I wanted to include some more, but I had to hold them back. This list of bread is based on their popularity, history, and the best way of eating them. I also didn’t include a numbered list, so they are not ranked in any specific order. Here is my take on the best ten types of bread:

Originating from the country with the highest number of bakeries, the French baguette is without a doubt, one of the best types of bread in the world. It has a crispy crust, yet the inside of the bread is quite soft. Another asset of this bread is the alternating brown and yellow crust, which signifies a good caramelization. It also contains both big and small holes inside. This neutral-tasting bread can be eaten as it is or with a variety of toppings and spreads.

Ciabatta originated from Italy, and it’s an Italian word that means “slippers”. The bread got its name due to its flat, elongated shape, and somewhat collapsed in the middle, which resembles a slipper. But unlike footwear, this bread contains a lot of nice flavours! Ciabatta is also known for its huge crumbs and sturdy build, which is why it’s great for making sandwiches and panini.

Introduced to the world by Jewish communities, Challah is a braided bread that’s made with an egg-filled dough. It has a rich and spongy texture due to the eggs, which also gives the bread a beautiful golden colour. This bread is a little soft, a bit sweet, and very tasty on its own! If you haven’t had a Challah before, the closest you can relate it to is with brioche bread. This bread is also often finished with some sesame seed toppings.

Another bread hailing its root from Italy, Focaccia is a flat, dimpled yeast bread that resembles a thick pizza. It’s also baked at high temperatures, but it’s spread in sheet pans or trays. It’s crunchy on the outside, and soft inside. This bread is usually served covered with herbs and olive oil, and sometimes with garlic and salt, too. Some people prefer to accompany this bread with different types of sauces and dips, if not pairing it with a soup.

Similar to tortillas and naan, pita is a flatbread. It’s slightly leavened, with a soft texture and round shape. This type of bread has an interior pocket that can be stuffed with different kinds of goodies and ingredients. Another version of pita is a flat round that can be wrapped around with any kind of ingredients. As it originated in the Middle East, this bread is popular in making Mediterranean-influenced food like gyro and shawarma.

This bread can easily be defined by its name – full of different kinds of grain. A multigrain bread usually has at least three kinds of grains, it’s usually rye, oat, barley, millet, and flax seeds. Due to the variety of grains, this bread is known for its nutty, earthy, and hearty flavour with a firm texture. It’s also usually made with 100% whole grain flour, so this bread is really great for a healthy eating lifestyle. This can be eaten with almost anything and any time of the day, but I personally love this for my morning toast!

Another French bread, brioche is a traditionally sweet yeast bread that’s loaded with eggs and butter. This bread has an extremely light texture, tight crumb, and a subtly sweet flavour profile. Its crust is also soft, and it has a beautiful golden brown colour that’s attributed to the egg wash applied to it just before baking. Nowadays, brioche is used for making French toast, dinner rolls, and hamburger buns.

Back then, rye bread was considered to be the bread for the lower class. But over time, rye has evolved to be a popular option. This bread has a tight crumb, dense texture, and strong earthy flavour. This bread is usually made with rye flour, but it can also be mixed with regular bread flour.

Rye bread is a popular choice in making different kinds of savoury and meaty sandwiches. When I’m having a meaty rye bread sandwich, I always add some mustard to help accentuate all of their flavours!

Of course, this list won’t be complete without sourdough bread. This dense bread has a chewy texture with a crisp, crackly crust. But what makes this bread unique is its distinct tangy flavour. This is because it doesn’t require commercial yeast, but instead, it’s made with a sourdough starter.

The starter is a fermented flour and water mixture that contains wild yeast and good bacteria, which also causes the bread to rise. As this bread is naturally leavened, it also has more nutritional benefits compared to other usual types of bread.

What is the best bread to eat in the world?

While I’m pretty sure that some would argue with me about this, I’m definitely sure that even more people have the same thoughts as I do. The best bread in the world is the legendary pain Poilâne of the world-famous Poilâne bakery in France. This bread (or ‘Miche’ -French for “loaf”), is dubbed to be the epitome of artisan traditional bread.

Every loaf of this bread is made by hand, goes through natural fermentation, and is baked in a wood-fired oven. This country-style sourdough round loaf has a thick, dark, tough crust and a dense texture. Its taste is slightly similar to a tart. It also has a curve letter P slashed into its top. It prevents the bread from exploding and serves as their logo or branding.

To make the bread rise, they use a levain from the previous batch that kicks off the fermentation process of their starter. So it can be said that every loaf that they make is a descendant from the very first one they did in the 1930s.

Pain Poilâne is also known to be made using stone-ground flour that contains plenty of wheat bran. The bread’s crumb has a tan colour, and it’s because of the special T80 flour that they make. They also use a special grey salt (sel gris) that’s from the Guérande area in Brittany. This salt has a distinctive flavour, so it’s only produced in small quantities.

A loaf of pain Poilâne weighs about 1.9 kgs, and people can also buy it by weight or per slice. This bread is widely available across several areas in France, as well as 1 area in London. Bakeries today are also making their own take on this legendary bread.

What is the healthiest bread to eat?

Even if 100% whole wheat bread is healthy already, a Sprouted Whole Grain Bread is packed with more nutrition. Sprouted whole grain bread is made from whole grains that started to sprout or germinate. Due to this sprouting process, the grains offer several nutritional benefits that other grains don’t have. It also keeps the bread’s glycemic index lower, which means it will have a lower impact on blood sugar levels.

A sprouted whole grain bread is a great source of vitamin A, folic acid, and B vitamins. It’s also a good source of fibre, minerals (including zinc and phosphorus), and protein. It’s also found that sprouted grains can keep you fuller for a longer period of time, so it’s really great for those who are trying to cut down their weight.

A great example of this is Ezekiel bread. A 34-gram slice contains:

Just like any other bread that we know, sprouted whole grain bread can be used as a sandwich base or toast. They’re also perfect on their own with some butter and jam! Most importantly, it’s recommended to enjoy this kind of bread in moderation. We all know that too much of it can lead to overdose, so make sure you eat with control!

Final thoughts on the best bread to eat