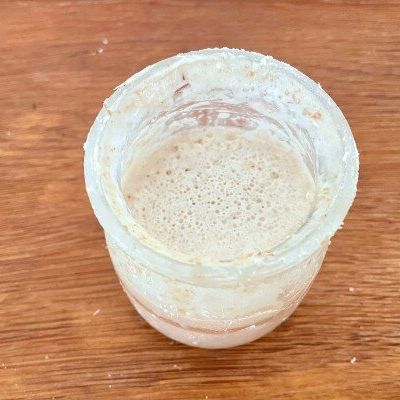 If you’re new to the vegan diet, you might be wondering if sourdough culture is vegan or not. Well, you shouldn’t worry about it! Continue reading below to learn why.

What is in a sourdough culture?

Also known as a sourdough starter, a sourdough culture is composed of a mixture of flour and water. It undergoes a fermentation process and produces naturally occurring wild yeast and bacteria. This becomes a leavening agent that will make baked goods rise, and it will also give a distinct sour and tangy flavour.

It’s not the traditional practice, but sourdough bread can also contain dairy products. Some bakers use milk to replace some amounts of water in the recipe. It’s believed that this makes the bread taste richer and the crumb softer and lighter.

Traditionally, sourdough is vegan-friendly. But since some bakers incorporate new products, some bread can be non-vegan. So if you’re a consumer who wants to determine if your buying is a vegan sourdough, read the ingredients. And if it’s not indicated, asking the baker or store staff for it will make you more comfortable.

What culture is sourdough from?
There’s always been a debate regarding food discoveries. However, it’s believed that Egyptians were the first people who baked leavened bread with the use of sourdough. This is backed by the wall paintings found in Egypt. From there, it spread to Greece, then learned by the Romans. But one of the oldest sourdough recipes was traced to the 17th century in France.