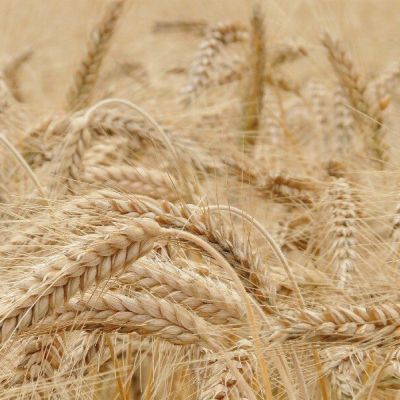 People are claiming that monsters aren’t hiding under our beds anymore… they’re now all over our food! For quite some time, there has been an ongoing theory known as “FrankenWheat.” The modern-day wheat which people feel has contributed to digestion and gluten problems.

So is FrankenWheat real or a myth? Well, it’s true that the wheat we consume today has changed from the ones from centuries ago. But it just became better. It took uncountable years of hybridization process that made today’s wheat less glutenous.

If talking about the changes that today’s wheat underwent, then yes. The wheat we consume today is different from the ones from before. But when it comes to the ‘danger’ it comes with, there’s nothing to be scared of.

Many of our food today has been transformed naturally or by human intervention. These are through hybridization, crossbreeding, or budding, which are not genetic modifications (GMO). Wheat was hybridized or crossed with another grain (rye). Modern-day wheat is not genetically engineered. Well, at least for now.

Why did wheat need to be developed?

Farmers and agriculturalists attempted to create a hybrid wheat strain around the 1960s. Their main purpose was to increase the yield of grains and to make them more resistant to diseases. This would then increase their profits and make the process more efficient.

What is the difference between modern wheat and ancient grains?

Modern wheat is shorter, browner, and more resistant to diseases. It’s quicker to harvest and requires less fertilizer. It also contains 6 sets of chromosomes and a protein content of about 11%.

While the ancient wheat was thin like a needle so it was difficult to recover after threshing. It has 2 sets of chromosomes and protein content of about 16-28%.

This proves that modern-day wheat contains only half of the gluten content of ancient wheat.

So, is all modern wheat FrankenWheat?

Technically, yes. There are still a few Einkorn wheat today, but the majority of modern wheat today has been hybridized. In fact, a lot of the food we consume today has already changed. The early carrots were purple in the 16th century until the Dutch developed them to be orange. Celery used to be thin and herb-like, not the thick-stalked plant we have today. Apples have around 7,500 varieties, but crab apples are the only true apple.

In other words, all, or at least majority of the food that we consume today evolved naturally. So if we’re going to call it Frankenwheat, there should also be Frankenapples and Frankencarrots.

The world evolves and food is a part of it. The wheat we consume today is different from the ones from before but it doesn’t pose danger to us.

Should you avoid eating Franken wheat?

You don’t have to avoid eating it. The wheat we consume today underwent natural evolution and processes. It has less gluten content compared to the wheat our ancestors consumed. It makes the wheat healthier, so you should not be scared of it.

But like any other food, wheat should not be overeaten. One factor we overlook when having digestive problems is flour.  Most flours are refined wheat. A lot of food today contains flour and we tend to overlook that we’re consuming a lot of it. In this sense, we are overdosing on wheat. As a result, we’re also overdosing on gluten. Which of course, we cannot absorb in big quantities