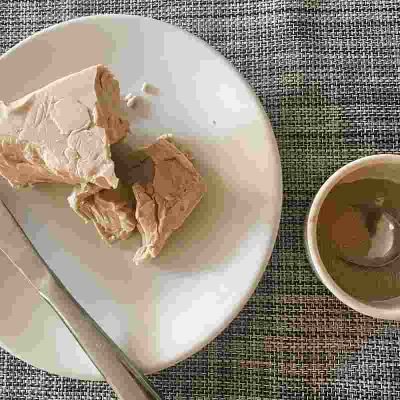 Yeast has been used in bread to make the dough rise, but as the need to produce gluten-free bread has grown in recent years, can the same yeast be used? Well, I set out to clarify whether yeast contains gluten, and the answer isn’t as straightforward as I expected!

Yeast has been around for ages, well actually its use in early bread and wine dates back thousands of years. It’s actually a single-cell fungus that evolved from multicellular ancestors, making yeast pretty unique.

Going beyond the past 200 years, yeast was naturally developed in sourdoughs or by capturing it from the air on fruit such as grape skins. The species of yeast used in breadmaking is saccharomyces cerevisiae, however, there are thousands of other yeasts that could be used in breadmaking.

What is yeast made from?

There are many ways to produce yeast, the most common manufacturing technique multiplies the fungus on sugar molasses, a waste product of sugar production.

Yeast is added to bread doughs to react with the sugars in the flour to create carbon dioxide gas. The dough’s structure captures the gas to make it rise which is necessary if you want to avoid dense bread.

Yeast also has the ability to follow multiple pathways to produce other products such as water and ethanol. The yeast respiration pathway chosen will depend on oxygen being available or not, as well as other variables that are discussed in the what does yeast do to bread article.

Does yeast have gluten?

Based on an experiment by Allred LK, Nye-Wood MG, Colgrave MLGluten traces of gluten are found in yeast, however, the amount found is extremely low. Less than 10mg of gluten per 1kg of yeast was found. At such a low level this amount of gluten is not going to cause an issue, especially since the majority will be broken down by enzymes in the dough.

It’s therefore safe to say that fresh and active dried yeasts are gluten-free. Rapid or instant yeasts contain dough improvers which can include wheat gluten to enhance the dough structure.

The inclusion of extra gluten is handy when making bread quickly at home, however this type of yeast is not suitable for celiacs and gluten allergies. Whilst yeast does not need to contain gluten, some yeast brands include it.

Commercial brewers can reuse yeast that’s been used to make previous batches of wheat beer which obviously contains gluten! But, smaller scale and home brewers can purchase dried yeast that does not contain gluten.

How to tell if there is gluten in my yeast?
Fresh or liquid yeast will not contain gluten however it is possible that instant dried yeast is not gluten-free. Check the ingredients on the packaging to see if gluten or wheat are included.
Can I make bread with yeast if Celiac?
Yes, Celiacs can make yeasted bread at home. Just be sure to check the packaging when selecting the yeast as some brands contain wheat gluten.