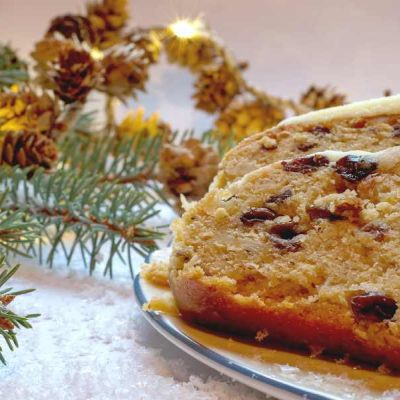 The holiday season is around the corner and Christmas is fast approaching. What better way to get in the spirit of the season than with some delicious and festive Christmas bread? Here is a collection of fun bread to make at Christmas.

Bread has been a staple food since ancient times and an important part of religious ceremonies. From quick bread, sweet bread, and many more, I’ve listed 12 types of bread for your friends and family to enjoy this year!!

It’s hard to imagine Christmas if there’s no gingerbread. This tasty loaf is packed with the flavours of cinnamon, ginger, and molasses. It’s known for its dark brown colour and moist texture. A slice of gingerbread is often decorated with whipped cream, custard, or ice cream.

Make this classic Christmas bread through this recipe from Delish.

Panettone is an Italian sweet bread made with dried fruits such as raisins, cherries, & lemon rind. This is leavened with yeast and has a light and airy texture with a rich and buttery taste. It’s shaped like a large dome and has a golden-brown crust. This bread was popularised by Italians and it’s now embraced by people all over the world.

If you love cinnamon rolls, you’ll definitely love a chocolate cinnamon roll wreath as well! This only differs from the typical cinnamon rolls with their nice shape and the additional cocoa for a twist. In this, chocolate meets the cinnamon sugar in a swirly pull-apart bread that’s perfect for the cosy Christmas weather.

A pumpkin spice bread is a quick bread that’s another good addition to your holiday baking list. It has a perfect trio of spices of cinnamon, nutmeg, and cloves that blend well with the pumpkin. This is a moist bread with a tender crumb and the smell of pumpkin is just lovely.

Take a look at this recipe from Taste of Home to make your own pumpkin spice bread.

Christmas Stollen has been around for hundreds of years already, and it’s probably one of the staples during holidays. Due to it being famous around the world, many variations of it exist today. But a stollen is basically a German fruit cake that’s rich with candied fruits, dried fruit, and nuts. This bread is usually dusted with powdered sugar before serving.

Get this Christmas Stollen recipe by King Arthur Baking so you can make your own version at home.

A Three Kings Bread may not be a traditional bread for Christmas, but it will give you the Christmas feeling. Also known as Rosca de Reyes, it’s a sweet bread that’s usually baked for the Three Kings Day. It’s decorated to resemble a crown with the candied dried fruits as the jewels. Traditionally, it has a small porcelain figurine that represents the infant Jesus. Back in the day, it was wrapped in wax paper and baked into the bread, but it’s often substituted with a bean nowadays.

Follow this recipe from Very Best Baking to make your own Three Kings Bread.

A traditional Bulgarian Christmas Eve Honey Bread is made to celebrate abundance in the coming year. Traditionally, it has a coin inside which symbolizes good fortune to whoever’s going to get it. But now, different substitutes are made for it like pecans or almonds. Besides adding honey to the dough, it’s also brushed in it before putting it in the oven.

Beigli is a yeasted cylindrical roll with a deliciously sweet filling. This is a staple for Christmas and Easter in almost every Hungarian Family. Traditionally, its filling is only made with poppy seeds or walnuts. But today, many variations are being added to it like rum, vanilla, cinnamon, clove, and coffee.

Get this Beigli recipe from King Arthur Baking so you can make your own at home.

Christopsomo is the Greek Christmas Bread. This bread has a traditional sign of a bold cross shape on top. It has a beautiful crust, and it’s often sweetened with sugar or honey. A combination of raisins and walnuts is also usually present.

Check out this Christopsomo recipe from My Greek Dish so you can make your own Greek Christmas Bread.

Julekake is a traditional Norwegian Christmas bread that has a woody cardamom fragrance. It also has candied citron fruits which give an exquisite touch to this bread. Also, raisins are the most popular choice of dried fruit that you can add to this bread. This is a pretty common ingredient in Scandinavian baked goods.

Get this Julekake recipe from Outside Oslo to make your own Norwegian Christmas Bread.

Bobalky is a staple food on Christmas eve for Slovakian families. These are little pieces of sweet bread, often served with ground poppy seeds and honey. Some versions of this bread feature savoury twists with the use of sauerkraut and onions. Some Slovak families serve this as an early course, but some serve it as a dessert.

Challah is a Kosher loaf of braided bread that’s traditional for Jewish people. This bread is made with a lot of eggs, which is the reason behind the rich flavour. It’s also slightly on the sweet side, and it has a pale yellow colour. Some challah bread includes raisins, honey, or seeds.