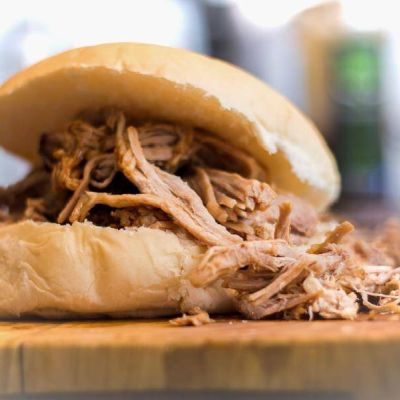 If you love to eat bread, chances are high that you love sandwiches too! But what kind of bread makes the best sandwich? Many options are already widely available. There’s white bread, whole wheat bread, rye bread, and many more. Whatever your preference of sandwich filling, I have compiled a list of the best bread for sandwiches that will surely please lunchtime cravings! I hope your tastebuds melt as much as mine!

Soft on the inside with a crisp thin crust on the outside, the ciabatta bread is famous for its large, irregular holes on the inside. They are great at soaking up flavours from ingredients like tomatoes, cheese, and cured meats. Ciabatta can be used to make an array of sandwiches and is popularly used to make panini. It’s so versatile!

Ciabatta derived its name from the Italian translation of slippers. The name reflects the shape of the bread, somewhat elongated and narrow. It is an Italian yeast-leavened bread that’s made from wheat flour, water, olive oil, salt, and yeast. It’s often made with a biga preferment, and occasionally sourdough is used.

Want your sandwich soft with a crispy crust? Then a Baguette is an answer. This bread has a crispy, golden-brown crust with a chewy interior and a large, open crumb structure. It also doesn’t make the bread soggy quickly compared to other types of bread.

Baguette is another versatile bread that can be used for a large variety of sandwiches. Some of these are BLTs, ham and cheese, and prosciutto sandwiches!

A Vienna roll is like brioche in a baguette shape, just shorter. It’s a slightly sweet bread but partners savoury foods. Use Vienna bread to make sandwiches, and for breakfast too. A typical Vienna roll sandwich includes egg, cheese, or meat like bacon or sausage.

A White Pullman bread is closely related to the French original “Pain de Mie”. This is white bread that is baked in a large pan with a lid. It’s named after the rectangular pan that was made by the Pullman company.

A Pullman bread, if sliced properly, can be easily filled and sandwiches stacked on top of another. With its trademark fluffy interior and thin-crust it’s the perfect “everyday” sandwich bread.

If you can find white baps that are naturally leavened with a ‘Sponge and Dough’ process, you are on to a winner! Good quality white baps are simply divine, especially if you make them yourself with lard!

Often with a signature dusting of flour on the top, they are great for making sandwiches. From a nice hog roast to a simple cheese and salad, white baps are the perfect sandwich bread.

Cheese topped rolls are essentially white baps topped with cheese. It sounds simple, but it’s a favourite in many households! Watch them disappear in minutes around children! Best eaten warm.

Seeded bread is made using seeds and grains. Popular seeds include linseeds, sunflower, pumpkin, poppy, and millet. Grains such as rye, malt, spelt, and soya can be included in seeded bread. It tends to have an earthy, rustic flavour with added crunch!

It’s high in fibre and low in saturated fats, probably the healthiest on this list. Yet, one of the most exciting! Perfectly complemented with acidic fillings such as cheese, pickle or mustard.

Focaccia is a flat, oven-baked bread that’s similar to pizza. One of the reasons why people love this bread is because of its versatility. It can be eaten on its own, to accompany a meal and sliced through the centre to make an exciting sandwich. Its fluffy texture with a whack of olive oil makes eating a focaccia sandwich an unforgettable experience!

Fill with powerful sandwich filling such as tuna, egg, cheese, or cured meats with salad. A flavourful alternative to bread rolls.

As making this bread starts with a sourdough starter, it has a mild tangy flavour. It has a beautiful open crumb that’s a good pair for soup, but makes some pretty decent sandwiches!

Because of its unique flavour, pain au levain works perfectly when paired with string foods like cheese and condiments. Making a grilled cheese sandwich out of this bread is a must-try!

Spelt bread is probably one of the most flavourful types of bread. It is a popular, healthy bread that’s rich in fibre and protein. Bread made with spelt is a great alternative to your usual white bread. Fill with thick slices of cheese, cooked meats or homemade coronation chicken!

Farmhouse loaf is another type of white bread that has a fluffy texture with a thin crust. This bread is also known for its soft crumb and light taste. The farmhouse loaf is an everyday bread that can be sliced for sandwiches or toast. Cutting thick slices for BLTs is my favourite way to eat this bread!

Wholemeal bread (or whole wheat bread) is made from the entire wheat grain. Making sandwiches with this type of bread is a great idea, as it has more nutrients compared to white bread. Expect a more “earthy” flavour and a “wholesome” aroma. It’s great for any kind of filling but matches perfectly with strong flavours such as mature cheese.