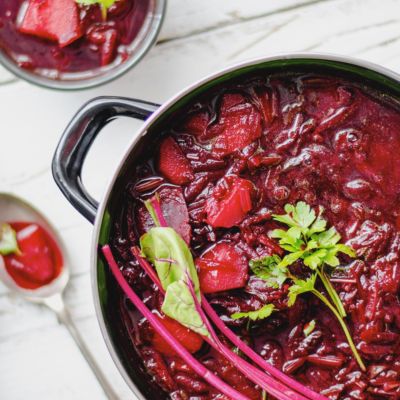 To be honest, I found this out the most embarrassing of ways by searching for it on the seafront for 45 minutes – until I had a google! Anyway, enough highlighting my lack of organisation skills here’s what happened…

What is the Worthing food and drink festival?

The event is a 2-day celebration of Worthings’ food and drink producers. The coastal town, just 10 miles from Brighton despite nearby larger competition from Brighton, Porstmouth and Horsham, there’s something special about the scene in Worthing at the moment.

What food and drink in Worthing is currently like

Worthing’s grown its food diversity and quality in the past 4 years to a pace-setting level. I’m referring back to 2014 as that was the year Busby’s bakery was established in the heart of the town.

At the time of opening my research on the eating quality of the people of Worthing had to lead me to try out many of the trending haunts at the time, and there were a lot fewer stalls today.

There are some amazing bars, restaurants, delis and cafes in my home town, it’s also the home of Masterchef 2018 winner Kenny Tutt who made an appearance at the Festival. What’s unique about the Worthing food scene which was really highlighted at the festival was the absence of the big brands in the town. There is talk (although it’s got very quiet of late) of a Nando’s, Patisserie Valerie and a few other names to open in a re-development of the town centre.

Looking at the Facebook groups, no-ones really THAT excited about the project, there is more energy going in to conserve the trees that would be up-rooted. But other than McDonald’s, Ask, Pizza express and Weatherspoons the town has been largely unaffected by the national trend of branded food and drink servers.

There seem to be more and more independent restaurants and niche bars opening all the time.

There are so many great eateries, the competition is now so high that the standards are excellent.

Far higher than area manager or mystery customer visits that come with the household names, in this town, if the experience is not good enough, the business shuts down within a year. Many enthusiastic entrepreneurs have found this out the hard way. Including myself.

That said, pubs like The Corner House and The Egremont would not look out of place in central London.

Such is the quality of cuisine and the sourcing of many unique drinks that I find it so hard to resist.

There’s also a strong farmers market group that has developed a strong network and attends many events across the year.

What there was to see at the Festival 2108

Kenny. Yes, he’s helped put Worthing on the map to outsiders. Despite his consistent references to being a celebrity, his charm, energy and laughter won over a tent full that wanted to be one.

Thousands gathered to watch Kenny take the stage on a Sunday afternoon much to the amusement of the previous act that had taken the stage the previous day to a much smaller crowd!

The layout of the festival

There was a demonstration tent, which was at one end of a circle (well oblong) of food and drinks stalls. The variety of stalls spanned fresh tasty food from cuisines across the world to local artisan providers.

You can bet the smell was amazing as I walked around. It all looked amazing!

I watched a few acts that day in the demonstration tent. I’d seen it go on in previous years in the pier room thing, and acts failed to get an engaged audience. Many would perform with only a handful of people. I felt a bit sad for them showing off their life skills for nobody to care. It was poor. That’s the reason they moved the location for the food and drink festival this year, got some marques and made the are tight and compact also.

This year the demonstrations were good!

I particularly enjoyed watching The Warwick Street Kitchen perform, watching the twos chefs together was like a live episode of The Hairy Bikers.

Their combination of comedy and a passion for quality food made for a light-hearted entertainment act which was perfect amongst many of the others who seemed under pressure to develop their reputation.

These guys just wanted to give value to the onlookers. Pure generosity, and I’m sure they’ll get some new followers because of it, myself included.I went to learn how to present a cooking demonstration, I wouldn’t say I learnt a lot. The better ones are fun and extremely passionate about what they do.

I failed an interview this week by just 0.07% and one part of the feedback wasn’t being passionate enough about the things I am actually passionate about(not bitter). I thought I had better work on how effectively I communicate when I present my bakery course.

The cheese seller with the dodgy name, Cheeseology was selling stuff that excites many. I held a bakery stall next to her many times and wish her all the best. Brown bread was selling pastries and bread that would excite you (unless you’ve been somewhere exclusive more exclusive).

Richard at Charlene’s chocolate factory, me old manager at the bakery looked extremely busy when I passed a crowd of people all queuing up to buy his chocolate fusion, as was the queue at magnificent pies! There were also eatery stalls provided by some of the established names in Worthing, The fish Factory, Guiseppes and a few others that I forgot to jot down all ran stalls this year with examples of their work. There were a few exciting traders here too, vbab (kebab), copper pan fudge, Punjabi street food were amongst the names I recall.

The ever-popular Egremont had a gin bar with from what I could see some artisan producers that would excite any gin fanatic. A Pommery champagne wagon had seating outside and I felt extremely jealous that I had to drive later on. Whilst relieved that my credit card wasn’t going to take another pasting.

Artisan chocolate wine featured to my amazement, I mean this hasn’t caught on so why keep trying? I remember getting excited at the idea but let down at the reality. That was about 10 years ago when I discovered this for the first time. I’m sure I’m not alone! I’ve later found out that professional food parers say to never mix the two anyway…..Anyway let’s not get too personal, they were smiling, people were sampling and buying so let’s just leave it there!

Ok, so here’s the disappointment!! Bare in mind there were only 2 toilets that I could find, and a big queue outside, I was kinda rushed in my choice. My son, as artisan as I try to make him insisted on the sweet stall! He also tried some artisan water that came in a cardboard carton… I didn’t ask why. I didn’t get any exciting feedback from him either “good” was all I got. Then again he says that about school… Cubs… Football ( you get my drift?! I tried a kebab from Vbab, very nice it was. Then I rushed to get home!

How to do Worthing food and drink festival 2019

Next time I’m going to make myself free for both days, at least for Sunday because I’ll have a hangover. I’ll hit the alcohol stalls, enjoy the food and sit and take it all in.

How good was Worthing food and drink festival 2018

The result of the new location and layout this year was hugely impressive. Turnouts to the demonstrations were a lot better and more engaged. As the layout was more compact the atmosphere was buzzing!