What Salt Should I Use for Making Bread? 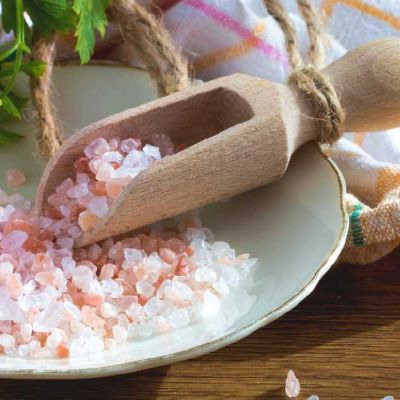 Salt is one of the oldest ingredients known to man and it’s still popular today. But since there are a lot of versions of salt already, which one should you use for bread baking?

While you can use several types of salt for bread baking, it’s best to use a salt that’s free from additives or anti-caking agents. Rock, sea or kosher salt are recommended by bakers. This will bring out the maximum flavour without affecting the texture. Fine salt makes measuring easier and quicker to dissolve.

How is salt made?

There are 3 common ways and methods of producing salt:

This is the oldest method of salt production and it’s been in practice for many centuries. In this method, saltwater is taken and placed into large ponds so that it can evaporate with the help of the sun. As the water evaporates, salt crystals will form on the surface which is then harvested.

This is the second oldest way of producing salt. This is used to extract valuable commodities from underground mines where salt is present in large quantities. The rocks are drilled and then explosives are inserted into the holes which blast open cracks in the rock. This produces a high-quality salt with easy extraction.

This method is the most convenient and fastest method of producing salt. By using a vacuum evaporator, salt brine is evaporated by steam heat. This is an efficient process and not as time-consuming as other methods of salt production. This is the most cost-effective method to produce salt.

Almost all the salt available in today’s market can be used for baking bread. The most common ones are table salt, sea salt, and kosher salt. Each of these types of salt will have varying amounts of sodium chloride. But they’re the most common and most households have at least one of these three in their pantry already.

What is in table salt?

Table salt is what you’ll find in most salt shakers. It usually has a 97%-99% of sodium chloride with some additional anti-caking agents. It naturally has some trace of an essential nutrient called iodide. This sometimes can be removed during the purification process. Small percentages of other minerals like iron, aluminium, and magnesium are also present in table salt, but they’re usually only traces.

Can I use table salt for bread?

Absolutely, the difference between using table salt and other salts is negligible. In taste, the bread will taste roughly the same. Although, the extra minerals found in purer salts can increase the speed and strength of the rise.

What’s the difference between rock salt and sea salt?

Rock salt and sea salt mainly differ in their location of origin. Rock salt is a solid form extracted through mining and is mostly found inland, while sea salt comes from evaporated seawater. They both also vary in terms of saltiness and other mineral components.

Sea salt can be traced with minerals like iodine, magnesium, and sulphur. It contains 98% sodium chloride, and it has less saltiness compared to table salt. Rock salt is purer as it contains a higher percentage of sodium chloride. While it still contains minerals, they’re in lower quantities and difficult to detect.

What is iodine in salt?

Iodine is found in salt but is often lost during purification. It’s often added back in as it is an essential nutrient. Iodine has many functions, one of which is essential for a healthy thyroid function. It’s not needed in bread making.

A deficiency in iodine leads to hypothyroidism, which slows down the body’s metabolism. It also causes an enlargement of the thyroid gland, a condition called goiter.

Do I need to use Kosher salt for bread?

Kosher salt can give better results than normal table salt. However, you should not restrict yourself from just using this. Kosher salt is made up of large flakes, created by filtering the impurities present in the salt. It contains 99.83% sodium chloride with no additives or other ingredients.

Other types of salt:

Other than those mentioned above, there are some that are not commonly used in home baking. Here are some of them:

Also known as Flower of Salt, this type of salt is a rare and expensive form of sea salt that’s produced in France. This is not used for cooking or baking. Instead, it’s just added to dishes as a finishing salt, or like a garnish. It’s made up of a delicate and flaky texture, so it will melt once heated at high temperatures.

What is Sel gris (grey salt)

This coarse granular type of salt comes from the same pans as fleur de sel. However, it’s harvested a bit differently and has higher mineral content. While fleur de sel is harvested from the top layer, sel gris is allowed to come into contact with the bottom of the pan. As it falls before harvesting, it turns a grey colour. This salt is in the middle ground between regular sea salt and fleur de sel.

How about Himalayan black salt

Its formal name Kala Namak translates as “black salt.” It’s a volcanic rock salt, manufactured in the regions around the Himalayas. Aside from sodium chloride, it also has some sulfur content. This provides a unique, pungent smell. It mimics the taste of eggs, so is found in vegan foods! However, cooking it wrong can make food taste like rotten eggs!

Using flavoured salts can give a new additional layer to your bread. This may improve and level it up, but it’s just optional. This will depend on what outcome you want your bread to have. While using flavoured salt can be good, you should use them in moderation.

What is the best salt for bread?

Any non-iodized salts will work for bread. Finely ground and additive-free salts are the best types for bread bakers. A finely ground kosher salt is perfect, but sea and rock salt are also ideal as long as they don’t have any anti-caking additives.

You may want to check out my what does salt do in bread article for more information about salt in bread.

How much salt should I use for bread?
The usual amount of salt added to bread dough is about 1.8 to 2% of the overall weight of the flour. If your flour weighs 100 grams, you will add around 1.8 to 2 grams of salt. This ratio works for every kind of salt.
Why do I need to add salt to bread?
Adding salt for baking helps by regulating yeast activity. It also strengthens the gluten structure of the bread dough and helps it hold its shape (elasticity). It also extracts moisture, which prevents the dough from cracking during baking.
Can I use less salt in bread?
Yes, but it’s not recommended. The right amount of salt is also a vital factor in the final results of your bread. Adding a lesser amount of salt can result in your dough rising too fast. It can also make your bread lack the structure, flavour, and as well as nice coloured crust.