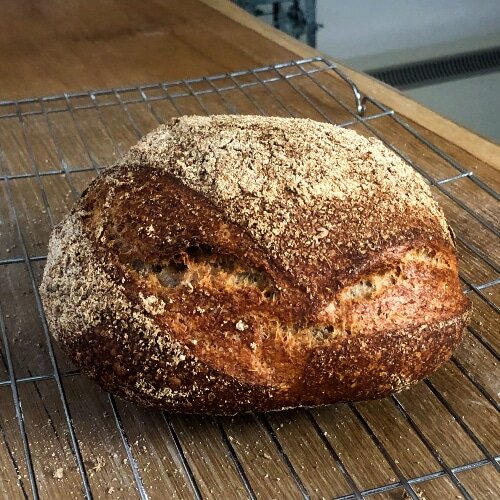 I tried to make a spectacular “super bread” last year. I still remember my bitter disappointment when it came out of the banneton and collapsed. I’d mixed it “hard”, bulk fermented it “long” and then given it a “nice”, extended rise.

I thought it would be a showstopping loaf. But in reality, the extended development caused the dough to lose its strength and flavour. It did this because of over oxygenation.

When flour is in contact with air, it absorbs oxygen. The amount of oxygen absorbed increases when the dough is kneaded. This is especially true when high-intensity industrial mixers are used.

In small amounts, oxygenation makes the dough stronger. It strengthens the bonds in the gluten making the dough easier to shape and rise.

When making bread quickly, oxygenation is our friend. But, for long-fermented breads, it’s a problem.

When too much oxygen is incorporated in the dough it destroys the flavour and appearance of the bread. The yellow/creamy lipids in the flour are the carotene pigments (carotenoids). These become damaged and become a pure white colour.

To the untrained eye, a pure white dough can be quite attractive. But actually, it represents damaged carotenoids and that many minerals have been washed.

Not only does over-oxygenation wash away colour and minerals it also removes much of the bread-like flavour. The flavour that remains is bitter

The causes of over oxygenation

The most likely reason for over oxygenation is intense mixing followed with a long bulk rise yet others include:

It’s also a good idea to reduce the amount of oxygen that can come in contact with the dough.

Other than avoiding the issues listed, little things such as using small containers for bulk fermentation and using a lid to cover dough resting containers make a big difference.

Preventing over oxygenation in bread that is heavily mixed

The most common reason for over oxygenating is mixing for a long time. If a long mixing time is used, the bulk fermentation must be reduced to prevent over oxygenation.

This allows the dough to benefit from a strong gluten structure and big gains in the oven spring without risking over oxygenation nor the yeast running out of available sugars.

Is lactic acid the same as over oxygenation?

Lactic acid is created by the yeast in the dough fermentation process. Similar to oxygen, a little bit is great for the bread and it aids the doughs flavour and keeping qualities.

But after a while, the levels of lactic acid build-up too high and eat away at the gluten strands. This affects the extensibility of the gluten and can means the bread collapses.

Oxygenation causes the bonds to become weaker and for the flavour to be lost. It is not affected by the activity of the yeast but by the amount of oxygen it has access.

When dough is over fermented it usually shows signs of both over oxygenation and high levels of lactic acid.

How to tell if a dough is over oxygenated

The loss of extensibility and over oxygenation both affect over proofed dough. This is why they are hard to establish differences.

The best way to see if there is too much oxygen is by looking at the colour of the crumb. If it is white and not so aromatic there has probably been too much exposure.

How to prevent over oxygenation when using commercial mixers

Incorporating too much oxygen is common where intense mixing is used. BTW we’re talking about commercial mixers here which mix dough in less than 5 minutes, not Hobart’s or KitchenAid’s.

Oxygenation is prevented in commercial bakeries by using specialist mixers that prevent oxygen from entering the dough. They use these mixers alongside adding antioxidants such as ascorbic acid.

Ascorbic acid is usually used to increase the amount of oxygen in a dough, but can also be used as an anti-oxidant.

Is oxygenation the same as oxidation?

It is a common solution in flour mills to add oxygen to fresh flour. This is the process of oxidation and is different from oxygenation.

Oxidation speeds up the ageing of the flour which improves efficiency at the mill. Typically flour would have to be stored for 3-4 weeks before it can be used.

By adding oxygen to the flour during milling it can be packed and sold straight away. This removes storage and infrastructure costs without affecting the quality of the dough.

Ascorbic acid is a common ingredient added for oxidation which is why you might see it on flour bag labels. 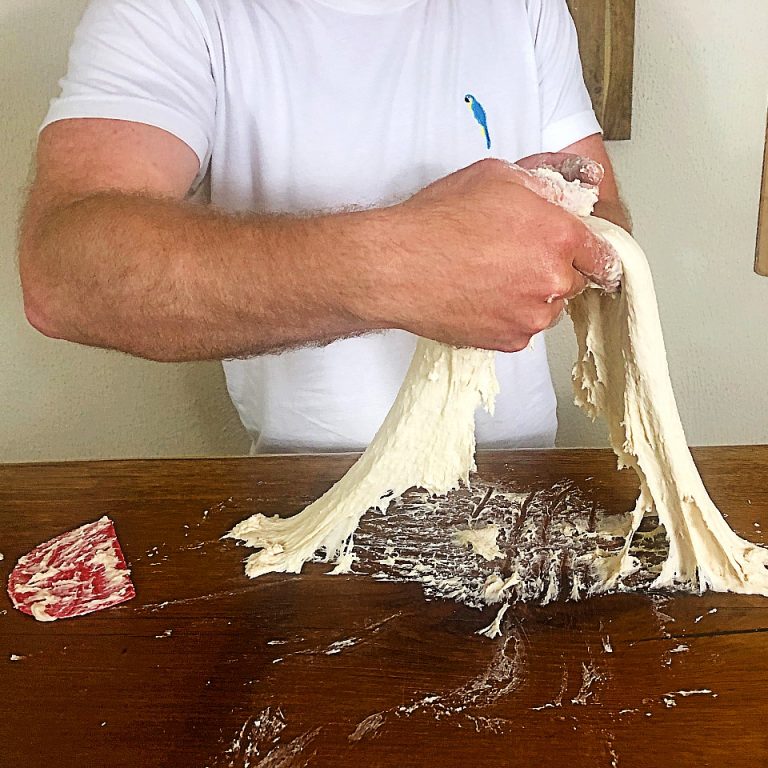 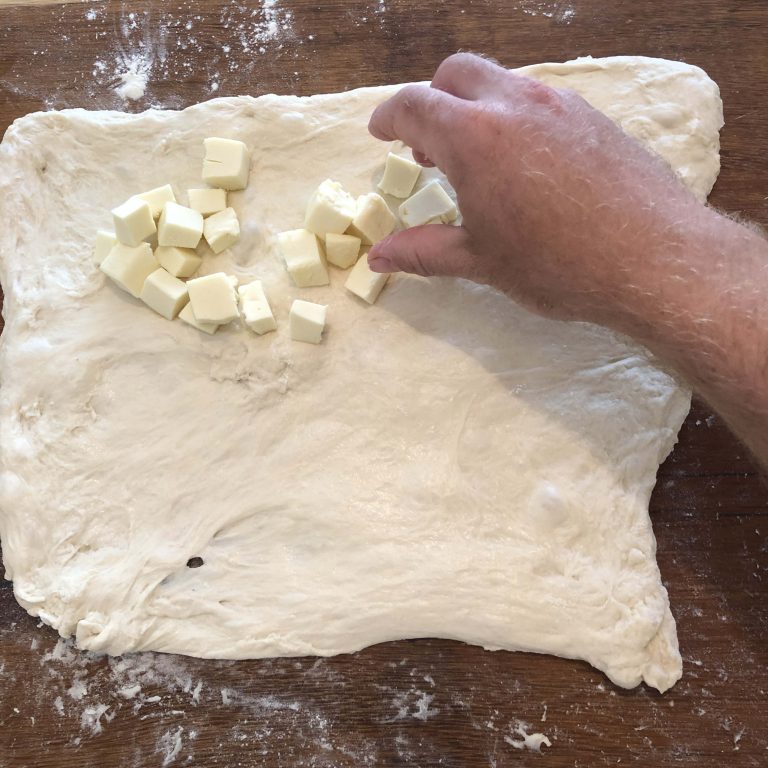 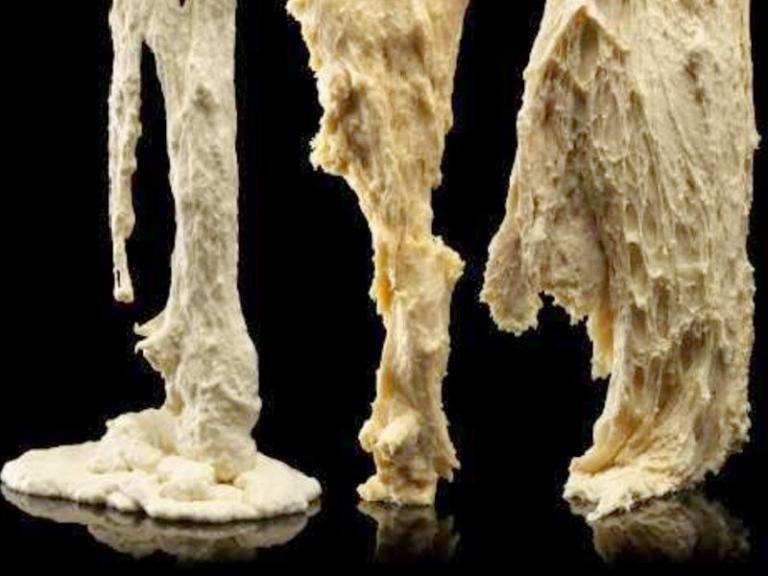 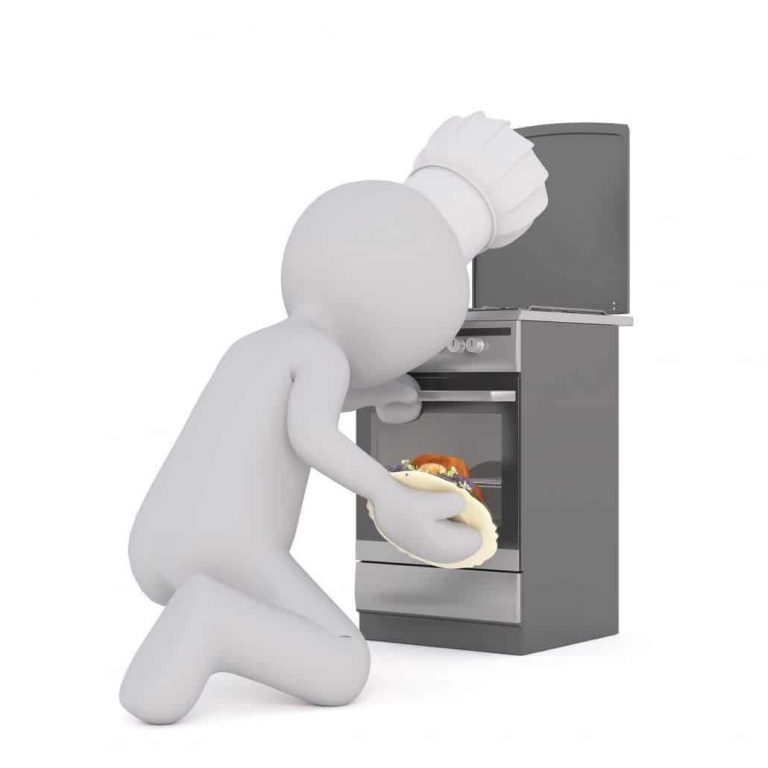