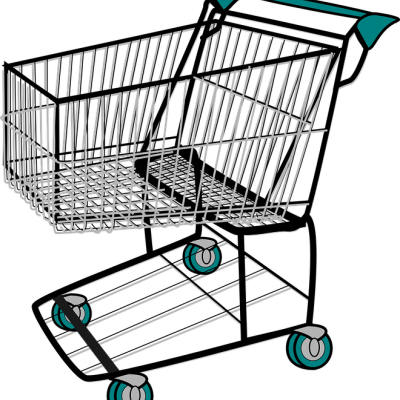 Tesco has revealed they are looking at introducing frozen bread dough to their in-store bakeries. The idea will lead to a reduction in skills and also costs in the store. The move looks to be based on reducing business costs. The UK’s biggest retailer has not denied it is placing profits before its customers. The idea seems like another move away from providing real food, what does it mean for bread standards in the UK?

What Tesco has suggested

Tesco has released a statement where they have disclosed some radical changes. They revealed they are discussing removing many traditional food counters in their stores. These include the meat, deli and fish counters. They may reduce opening hours instead of full closures. The level of desire to go down either route is not currently publicly known. Scratch bakeries are looking to be closed and the introduction of frozen dough would commence. There is also mention of scaling back employee canteen facilities. Instead, they would be replaced with vending machines. These massive changes could make or break Tesco’s customer satisfaction. Especially as lowering costs could be applied to price cuts across the store to make them more competitive.

Where has the idea come from?

Since recent growth from discount retailers Lidl and Aldi, Tesco’s market share has been consistently reducing. This follows the trend found in all of the big 4 supermarkets, Sainsbury’s, Asda and Morrison’s. They need to reduce prices to compete with the German duo. Tesco recently introduced Jacks to the UK to compete in the price war. Jacks is a discount retailer featuring a similar range of products as Lidl and Aldi.

How good are supermarket bakeries anyway?

Instore bakeries at Tesco closely mimic the features of all the big 4. Scratch bread is the core of the range in the form of tin bread, rolls and baguettes. The existing range of so-called speciality products are part-baked and frozen at a factory before being reheated in the store. The discounters, including Jack’s work slightly differently. They use part-baked or fully baked frozen bread. These are reheated in the oven for a short time.

How does reheating part-baked bread work?

The action of reheating the bread is often called refreshed. This is due to the bread reaching a target core temperature of 65C (149F).

At this point, the bread kills off existing staling properties and is now considered fresh. As the bread has been baked twice, its properties are weaker than real fresh baked bread. Expect crumbly, flaking crusts a dense crumb and a lack of moisture. Keeping qualities are drastically reduced due to double baking.

Purchasers will discover the bread only tastes fresh for around 4-6 hours after it’s baked. To combat this in-store bakeries stagger bakes across the day.

How high do Tesco’s bakeries rate above their big 4 competition?

In my opinion, Tesco has not focused on quality first when producing its range of bread products. They’ve focused on using low-quality ingredients and fast production times. This has been like this for as long as I can remember. In comparison to the competition their bakery products look unappealing and taste bland. They are ok, but I never get excited about a Tesco’s bread!

Don’t let me start in the doughnuts though, ok, I’m going to… The jam and custard fillings they use are disgusting. Cheap and nasty, I can’t understand how they sell! Anyway, that’s my opinion and it’s been my thoughts for over ten years.

What is frozen bread dough?

Frozen bread dough is batch made in a factory, divided into portion sizes, boxed up and sent to stores. Often it contains additional ingredients to improve defrosting and keeping qualities.

Apart from Subways, and many pizza retailers, not really in the UK. It was introduced into Sainsbury’s in the 90’s but was quickly removed due to poor customer feedback.

When is using frozen bread dough a good idea?

Using frozen dough removes the need for a trained baker. Getting a good dough is 80% of great bread. By sending the dough out to stores, retailers should see a consistent product every time. They also mean that more complicated bread could be sold in the range. A good example is Subway who have a fairly large selection of bread that are freshly baked in-store without the need of a trained baker.

This could mean the speciality bread that they sell which is currently poor in quality become more superior. That’s if they do decide to go 100% frozen dough. It could be that they continue to sell the part-baked rubbish they currently provide.

First off, I learnt to bake bread in a supermarket. It was my way into the industry that I love and without it, I wouldn’t be a bread baker. Supermarkets teach many people how to bake bread and I wouldn’t want this to end.

For one of the biggest employers of bread bakers to stop it could cause massive changes to the industry. Many customers only visit a particular store because of the bread, reducing the quality of scratch bread to frozen is likely to see a reduction in regular customers. Unless they can pull off an improved range by undergoing this process.

Is the discounter bakery the future?

It did cross my mind that maybe Jacks is not a new route that Tesco’s wishes to pursue. Maybe it’s just a trial. “Let’s set up our own discount supermarket to understand what we can do better in our core business” is possibly what was discussed at Tesco’s board level. After all, you can only learn best practices and limitations by doing. It’s harder to see from the outside.

I think that there is a call for part bake products as well as freshly made products. I mean, if it’s cheap and fresh out of the oven then it’s going to sell. I mean croissants for 29p I think I put more than 29p’s worth of butter in mine. Artisans just can’t compete on price. Then again, the supermarkets just can’t compete on quality.

The future of artisan bakeries

This planned change at Tesco could be good for artisan bakeries. Sales could improve for them as people who want a decent loaf reach out to them. The flavour of decent artisan bread will taste even more superior to the UK’s biggest supermarket. This again could be good for sales in artisan bakeries. I suppose the negative would be that it’s likely to create fewer bakers in the UK making it harder to recruit.

Then again if artisan bakeries take more money a well-trained baker could earn more. My final thoughts are that it would decrease the bread quality that many British people are accustomed to. Saying that, the changes that Tesco is suggesting might turn out to be good for the artisan community.

They could actually create more mystique and curiosity about the real bread that’s available.