Signs That Your Bread Is Spoiled: Do You Know What They Are? 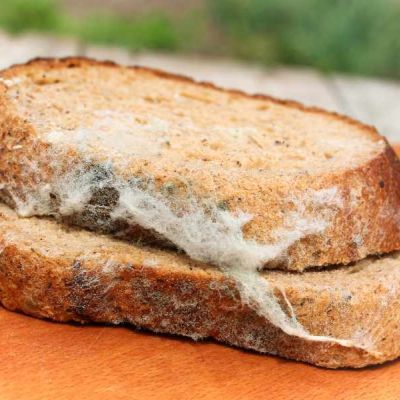 Bread can be a healthy source of fibre, protein, and other nutrients for someone following a balanced diet. This article will discuss what signs indicate that your bread has gone bad, so you know how to tell if bread is spoiled.

What happens if I eat spoiled bread?

You could get food poisoning. This is dangerous because you can become very sick or even die! Food poisoning sends toxins into your body, which causes horrible symptoms like cramps and vomiting. The most common bacteria that cause this problem are listeria, salmonella, and campylobacter.
Other issues include:

-You could get sick from mouldy bread.

Mould produces toxins that can make you very ill. Some people are more sensitive to these toxins than others, so it’s important to know what signs to look for if your bread has gone bad. Symptoms of mould poisoning include nausea, vomiting, and diarrhoea.

-The bread could make you bloated.

Eating spoiled bread can cause your stomach to bloat because of the gas it produces. This is uncomfortable and embarrassing, not to mention very inconvenient! If you’re having trouble digesting food, this might be why.

Bread that has gone bad will often have a sour or unpleasant smell and taste. If you’re not sure whether your bread is still edible, give it a sniff! If it doesn’t smell fresh, it’s probably time to toss it out.

How to tell if bread is spoiled?

Bread can go rancid quickly, especially if it is warm in your kitchen. It can mean that bread’s exterior looks safe to eat, but the inside may be mouldy. To prevent this from happening, you should store your bread correctly in a dry area at room temperature.

If you want to keep your bread for more extended periods, you should put it in the freezer, see how to freeze bread.

Here’s what to look out for if you are worried that your bread is spoiled:

– The bread will have mould growing on it.

The first sign that your bread is spoiled is mould growing on the surface. This can be green, white, or black, depending on what spores are present in the food.

If the mould is green or blue-green and has tiny black dots throughout it, there are penicillium spores present, leading to food poisoning.

If the mould is white and fluffy, there are aspergillus spores present, which might cause a skin reaction.

If the mould is black, there are probably other types of bacteria present that can also cause food poisoning.

Either way, just through it out and thoroughly clean anything it has touched!

– The bread will smell funky.

Another sign that your bread is spoiled is the unpleasant odours it emits. It will have a sour, dull, or musty scent instead of fresh and tangy like ordinary bread should be! If you notice this change in fragrance, it’s probably best to discard it.

If the bread feels overly hard, it could signify that it has gone bad. This is because as bread spoils, starch recrystallizes, and makes the bread hard to chew. It’s a common finding when bread is stored in the refrigerator.

Finally, you might notice that your bread doesn’t taste right! It could taste sour, bitter, or like vinegar instead of having a tangy or sweet flavour. The sugars and alcohol that form as bread spoil change their chemical makeup, making it taste different from expected.

Can I eat bread after its expiration date?

If bread has passed the expiration date, it doesn’t necessarily mean that you shouldn’t eat it. You want to be safe and not take no chances with expiration dates if you wish. I always find chicken goes all watery before it reaches its use by! If the bread doesn’t look or smell spoiled, then it will be ok to eat it.

What is the best way to prevent bread from spoiling?

The best way to prevent your bread from spoiling is by storing it the right way. Make sure to keep it in a cool, dry place and try not to let it sit out for too long. You can freeze bread for up to three months. Just make sure to wrap it tightly in plastic wrap or aluminium foil before putting it in the freezer. Let the frozen bread defrost at room temperature first when you’re ready to eat it.