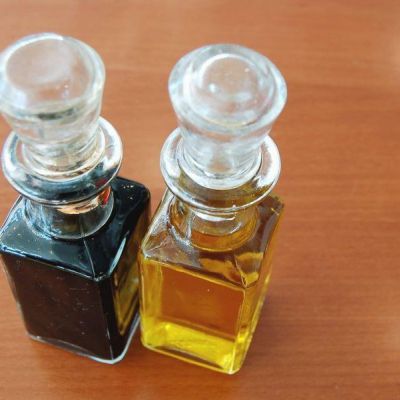 Why does your bread smell like vinegar? Has it gone bad? Should you discard it?

No! Bread giving off a vinegary odour is ordinary and is nothing to be concerned about. It’s caused by over-fermentation of the dough or combining several acidic ingredients in a recipe.

During yeast fermentation, gas is produced to make the dough rise. But it’s not just gas that is created! Carbon dioxide is produced alongside alcohol (we’ll come back to why this is important in a moment). As dough develops, enzymes break down starches in the flour. Some of these starches are fermented with lactic Lactic acid bacteria to produce lactic and acetic acids.

Vinegar is a composition of acetic acid and water. So there will always be a trace of vinegar in every loaf of bread. In most examples, the acetic acid content is low, and the vinegar odour is not noticeable.

Also, when dough is left to ferment for long periods, the alcohol produced can come in contact with the microorganism, Acetobacter. This is a genus of lactic acid bacteria found in the environment, especially near sugary plants. Acetobacter reacts with oxygen and alcohol to produce acetic acid. This is the same process that produces the vinegar in our cupboards -no wonder our bread smells like it!

Acetic acid is produced through the natural development of a sourdough starter culture. In a starter, acetic and lactic acid bacteria and wild yeasts combine to mature the dough, produce gas and make delicious bread. Letting a starter sit at its peak before refreshing or using it to make bread increases the number of acid bacteria in the culture.

Depending on the environment that the starter is kept in, the starter can taste more vinegary. Lactic acid fermentative bacteria is more prevalent at warmer temperatures, around 95F (35C), making the starter taste more yoghurty. Whereas a starter that is left cooler, say 77F (25C) will contain more acetic acid and taste more like vinegar. The starter’s hydration ratio will also impact the vinegar vs yoghurt (or acetic vs lactic acid) battle. Stiffer starters have a higher population of acetic acid bacteria, whereas high hydration starters will be more yoghurty.

How to stop my bread from smelling like vinegar?

You can follow these few steps if you notice that every loaf of bread you bake smells like vinegar. All these measures are effective in helping to reduce the smell of vinegar that develops in bread.

1- Let your dough rise for a shorter time

Set a timer so you don’t forget to check on your dough! The longer you leave your dough to proof, the more chance of developing a vinegary odour if you over-proof it! Use the poke test to check if your dough is ready.

Push your finger into the dough. It should spring back in around 3 seconds. If it springs back straight away, it needs longer to rise.

2- Proof the dough at a cooler temperature

Another hack that you can try to remove the vinegary smell in your bread is by proofing it at a slightly warmer temperature than you usually do. For less vinegary bread, proof it between 32-38C (90-100F).

3- Reduce the amount of yeast in your bread

Moreover, if you are using active dry yeast, proof it first by adding it to warm water and a bit of sugar to activate it. You will notice that using 40C (105F) water instead of cold makes a huge difference.

4- Do not let your starter reach its peak

Only let your starter rise 75% of its possible rise before feeding or taking for bread. This will lower its population of acid bacteria.

5- It’s okay to not do anything about it!

Lastly, if you can withstand the vinegary smell of your bread, then consume it as it is! Some people, especially sourdough bakers, are trying to produce bread with a vinegary smell! They’d be jealous of you, so maybe just give it a go and see if you can enjoy it! Moreover, eating bread that smells like vinegar has no bad health effects, mainly because it isn’t rotten. So, enjoy it as it is!