What levain should I use for the best oven spring

If the right conditions are met when the bread is baked it rises by around 20-30%. We call this the oven spring and how it occurs is discussed in detail in the oven spring article. In this post, I'm going to share the impact that levain has on the amount of oven spring the bread receives.

As we know, during oven spring the dough needs to rapidly create gas and allow the gluten to stretch and retain gas. If the dough has these three characteristics it will have a superior oven spring and be better looking and tasting bread. 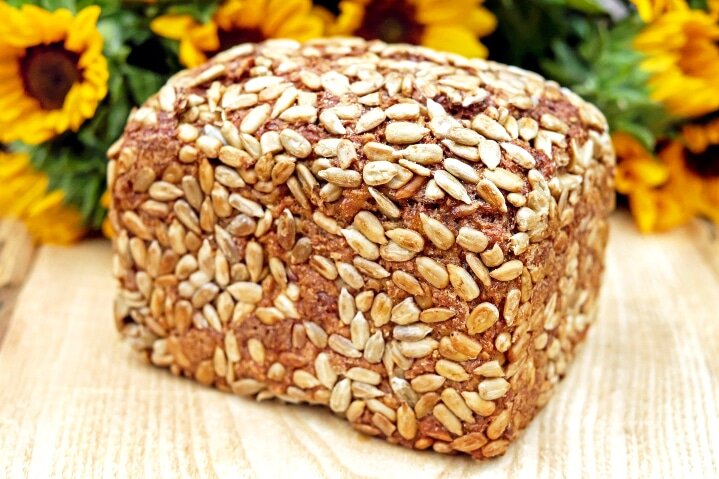 Selecting the levain can make a massive difference to the quality of the dough and therefore allow it to rise prosperously in the oven.

In this post, we are going to cover the use of yeast, preferments, sourdough and bread made with bicarbonate of soda, to explore how they alter the oven spring of bread. If you are not familiar with the levains described, you might want to take a look at the what is a levain article.

How the levain affects oven spring

For the levain to be able to raise the bread we need to mature the dough. For this, two things need to happen:

We’ll cover the basics now, but a detailed explanation can be found in the dough fermentation process article.

How the proteins develop

As the protein particles of the flour are hydrated in the mixing bowl, they start to unravel and transform into strands of gluten. Allowing time for the gluten to unravel gradually makes them nice and long, and we often use an autolyse to help with this but a gentle mix can be used to speed up the process.

After the gluten is unravelled, the dough is usually kneaded fast where it forms a strong gluten network that’s able to retain gas. Without kneading, a gluten structure can still be created where the dough is allowed plenty of time to rest (ferment).

A well developed gluten network will be elastic so that it retains the maximum amount of gas it can, and extensible so the air pockets are able to expand as more carbon dioxide is produced. This is crucial to being able to retain the rapid amount of gas that gets pumped out by the yeast in the first ten minutes of baking.

How fermentation improves the dough

Yeast and sourdough starters work with the sugars (starch) found in the flour. Its most recognised function is anaerobic respiration which is where carbon dioxide and ethanol are established. Of course, the gas is retained in the dough, but the ethanol created is often thought of as a by-product of the formation of carbon dioxide. But this is totally wrong.

Along with lactic acid and organic acids, ethanol matures the dough and provides the following properties:

These have many benefits but in regards to oven spring, extensibility gains and the gas retaining properties give the bread the most benefits.

How levains change the oven spring of the bread

Using yeast as the levain

Though it’s not the oldest, yeast is the most common levain used for bread. The version most bakeries use is fresh yeast, but we can also use active dried yeast, instant dried or liquid. Providing the instructions are followed it doesn’t matter which form is used.

For dough to mature properly for the best oven spring we need to allow time for the yeast to ferment and the gluten to develop.

A warmer bread proofing temperature will increase the rate that yeast ferments dough.

How long should bulk fermentation take?

Providing we operate at temperatures between 15-24C (59 - 75F) a straight yeast made bread can gain a decent, rounded oven spring in 2 hours, but allowing 4-5 or placing in the fridge overnight will further benefit the dough.

A common way of improving the quality of the dough without increasing the bulk fermentation time is to use preferments. These combine flour, water, yeast and time to mature the dough. You may be familiar with biga, poolish and pâte fermentée.

Biga or poolish is made by mixing a small amount of yeast with water and flour in a bowl. Once combined it‘s left for 12-18 hours before it is added to the dough.

A pâte fermentée is simply a bit of yesterday's dough. A piece is retained and added to a batch the following day. Over time the pâte fermentée develops in intensity and yeast activity.

Preparing a preferment and adding it to the dough at the start of mixing reduces the time needed for bulk fermentation by providing the following benefits to the dough:

Additional yeast can be added when mixing to increase the fermentation rate.

The first proof time can be as fast as 1-2 hours, yet ideally 2-4 is preferred. It is possible to combine a prefermented levain with a long, overnight fridge fermentation. A superior bread can be made with this technique, just be careful not to knead for a long time as over oxygenation of the flour is likely to occur.

There are two differences between sourdough and yeast baking, one is good for oven spring, whilst the other is pretty bad! A sourdough starter has a slightly different strain of yeast than commercial yeast. It’s not quite as strong, nor as concentrated. It’s slower to make the bread rise. It’s one of the reasons why sourdough is so flavorful. It needs a long fermentation. The issue this creates is because sourdough is slow to rise and the crust will set in the oven at the same time and halt the oven spring.

This means that sourdough bread has a more compact crumb and oven spring to a lower volume.

That said, a sourdough starter is in effect a super prefermented dough with levaining qualities. The maturity the dough receives  from a sourdough levain is fantastic. I’m in the process of writing an article to explain oven spring in sourdough bread in more detail, I’ll link it here when it’s done.

Bicarbonate of soda works with its high Ph factor and ingredients that have a low Ph value. The reaction that occurs provides the gas. Using baking soda for bread making makes very quick bread! There is no 1st or 2nd rise, all of the rising is conducted in the oven.

In soda breads there is little to no development of flavour or organic acids from yeast fermentation. Therefore, flavour, aroma, keeping quality and gas retention aren’t brilliant.

Does using a preferment help the oven spring?

A dough that is or contains some fermented flour is going to be easier to stretch during oven spring, causing a larger controlled oven spring. Quick, straight doughs without any prefermented flour will have a more erratic oven spring and often contain holes in the crumb where the weak gluten snaps.

Is my levain the reason why I have holes in my bread?

When using an under fermented dough the oven spring will often be larger but rises with less control causing holes, “lifted crusts” and “tunnelled bread”. If this happens to you, mature the dough at a higher rate before the final proof. You can do this by increasing the mixing and bulk fermentation time, fermenting at a higher temperature or using a preferment or sourdough.

Discover how to use different levains

Selecting a levain is relatively straightforward, what’s fantastic is there are plenty of recipes available to follow for each type of bread. The best catalogue of multiple recipes can be found in the book The taste of bread by Dr Raymond Calvel.

It includes so many ways to make bread it’s nearly overwhelming! What’s great is you can discover a different way to make your favourite bread and see if you notice a difference! Here’s a link to amazon if you want to get yourself a copy:

Alternatively make an internet search for your chosen recipe plus “poolish” or “biga” - or just have an experiment of your own. Which one gives you the best oven spring??