Is A Stand Mixer Suitable To Knead Dough? 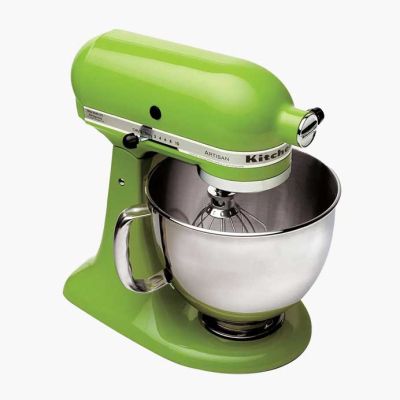 Originally I set out to complete an experiment to find the correct mixing times for kneading bread dough by hand. As it went on, I wondered if a stand mixer with a dough hook attachment is even capable of being a dough maker machine at all? Actually, the whole exercise opened a can of worms. Sound interesting? Read on to learn what I discovered….

Why I started to use a table mixer to knead bread

When learning to bake bread, bakers knead dough using a commercial bread dough mixer, but only a few ever learn how to do it by hand. In contrast, there are a few experienced master bakers who refuse the efficiency of a dough maker machine altogether, instead insisting on working it by hand “on the table” to achieve their signature dough. All the bakers that I personally know use a mixer, usually a spiral type but sometimes a Hobart is preferred for smaller volumes. Until recently, I’ve been the same. I made bread that I’m ecstatic about in a commercial mixer, so why would there be a need to mix by hand?

There was never a need to use a domestic stand mixer either!

I’ve been using a Kenwood table mixer with a dough hook attachment to rehearse my doughs for the “How to bake” course I am preparing to record. There was a slight wobble with the Kenwood a couple of months ago, but it was overcome by using the beater attachment instead of the dough hook for the second phase of mixing, or so I thought! But to teach baking, it should be taught from the roots, so hand kneading is important to know. Students need to learn both.

… So I look like I may have found a reason to master hand mixing techniques now!

To convert my bread recipes to be “A la hand” the time it’s taken to mix slowly and then fast knead, needs to be known. Plus the stretch, fold and rest program may need to be adapted. Before I get into the nitty-gritty of perfecting the method for each recipe, I wanted to get just one nailed, a standard white dough for a tin loaf (or farmhouse loaf as we call it in the UK).

I started the process of making a farmhouse loaf, which is to be made from a standard white dough. It’s to be the bread my students will encounter in lesson 1. But this dough is not going to be identical to my original tin recipe, no way Pedro! It’s a simpler white bread recipe this time. No oil or sugar, just to keep it simple. It’s a 65% water with 2% salt and yeast recipe. Standard stuff. I’ll show my students ways to supercharge it further down the line. To try and find out the right hand mixing time for my farmhouse loaf. I made three slightly different doughs, two used the Kenwood table mixer, and the other by hand:

3)Standard white dough with hand-mixed, with 65% water, slow at first, then fast till it felt ready

*I tried a change in water in one of the dough machine mixes because in trial runs in the table dough mixer, it seemed a little wet. It made sense to try a 60 percenter as the flour absorption rate might be different in this bag of flour. (N.B. the last time I used this flour was a couple of years ago in a commercial bakery).

But there were a few errors:

After the bread had been baked, cooled and tasted, here are the results:

1) Crust tasted good, it was thick and memorable, and the crumb was slightly irregular.

2) Not that good, the crust wasn’t chewy, the crumb was very irregular, not springy, dense

3) More volume, a great chewy crust. It had the fullest flavour but the crumb was slightly too open…but then it was over proved. So in summary, the best result was…. by hand kneading!!?

Shock!…. Hang on a second, I was supposed to be getting my hand kneading skills to be as good as a Kenwood mixer?!! Not the other way around! Maybe there had been a mistake? Maybe I got the doughs muddled up? Or, perhaps the small variations I made in each dough made a big difference? And so I set out to do the table mixer vs hand kneading test again. This time I tried to be a bit more organised.

So I tried again. This time I stuck to 65% water and only did one dough with the mixer and dough hook attachment. I timed the hand mixing too as this was the original purpose of this test! I chose to add 2 minutes slow and two minutes fast when working by hand. I’m not going to be as intense as a machine (despite the nickname I gave myself!). So we have:

The results again gave a better loaf when hand mixing! It rose quicker in much the same manner as previous… Crazy! But, I’m not done yet. There is still one more variable….

The importance of temperature

I used cold water from the fridge in both, without adding ice to the water I can’t get it any cooler, and I don’t have any.

So I’ll try them again…. But this time I’m going to slowly mix the dough for 4 minutes before leaving it to develop in the fridge for 30 minutes. We call this autolyse, then I fast knead for the 8.

Once the process was completed, once again I compared this with the loaf produced from the Kenwood stand mixer. This was the final result if hand kneading turned out better again, I need to stop using my stand mixer, it must be no good!

The results again proved the handmade loaf to be miles ahead of the mixer. Again, better flavour, a nicer crumb, and a delicious crust. When compared to the Kenwood mixer dough, it was in a different league, far superior in every category! My stand mixer with dough hook attachment is not suitable for kneading dough. Wow, that’s not what I expected.

There were a few variables that make the test slightly inaccurate. It made it hard to digest the results, but I’m confident in them now. So I did a final test where I mixed dough in the dough machine at the same time as by hand and compared them every two minutes.

The water was not absorbed into the flour in the stand mixer, it was that poor in comparison, I threw the half worked dough away in disgust.

Why is the water absorption of the flour so poor in a stand mixer?

Well, I did some googling, YouTubing and had a bit of deep thinking for a few days, here’s what I came up with: The dough hook attachment nor the beater have enough strength or weight to properly work the dough. It just seems to caress it.

Maybe it’s because it’s plastic coated? Or perhaps the power of the mixer? The mixing pattern?… Either way, it doesn’t matter.

It’s just not up to the job. I now know that using a Kenwood stand mixer with dough hook attachment is inferior to hand kneading. For a properly developed dough, you need a decent dough mixer! That said, I’ve discovered a new way to hand knead dough, it involves resting the dough in the fridge, but that’s for another post! 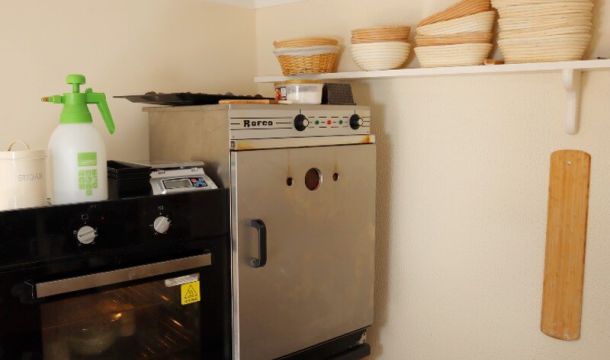 Best Equipment For A Home Bakery Or Micro-Bakery 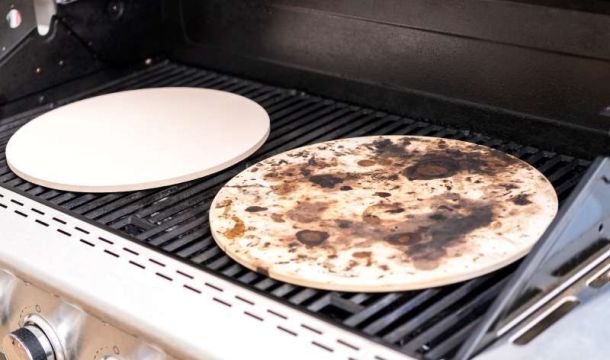 How To Clean A Pizza Stone – A Step-by-Step Guide 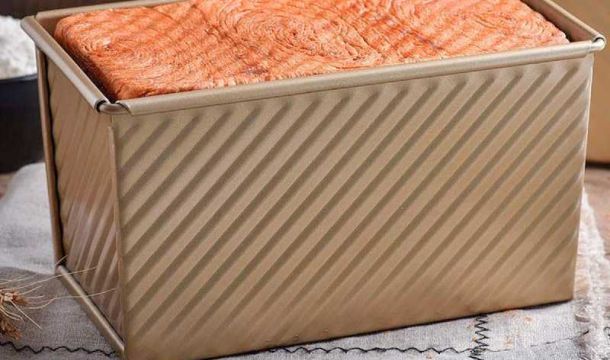 Best Bread Pan – What Is The Best Loaf Tin For Bread?