Can I use a normal home oven to bake bread?

Is it possible to use a normal home oven to bake bread? I've had a nightmare of week, full of oven challenges.

Guess what I learned?

Choosing the right oven to bake bread is not an easy task!

I'll explain my experience and perhaps it will help if you are also choosing the right oven to bake bread right now.

Where has the time gone?

I've been writing a course to teach you guys how to bake some quality artisan bread...

But it's not been recorded! Truth is I had just got my set up all ready to go, amazing it was...

And then I moved.

A much nicer place to live and it's with my amazing partner so all going well.

She insisted we have all nice new furniture, so ditched every unit, coffee table and bookcase I owned.

Fair enough, it was pretty crappy and tatty, I couldn’t really argue! We bought a worktop and a unit to prepare dough and place the oven on top of.

All I had to do was transfer the remaining home bakery set up over.

I thought it would be easy, sadly it wasn’t!

The installation of the oven still remained.

After a month of discussions with her on where the oven unit and is going I arranged for an electrician to come over.

Andy, a friend of mine comes over at 930, I'd already got myself up and kicking.

I’d been out to drop mini Busby to school and grab some fresh yeast in preparation for the first bake. 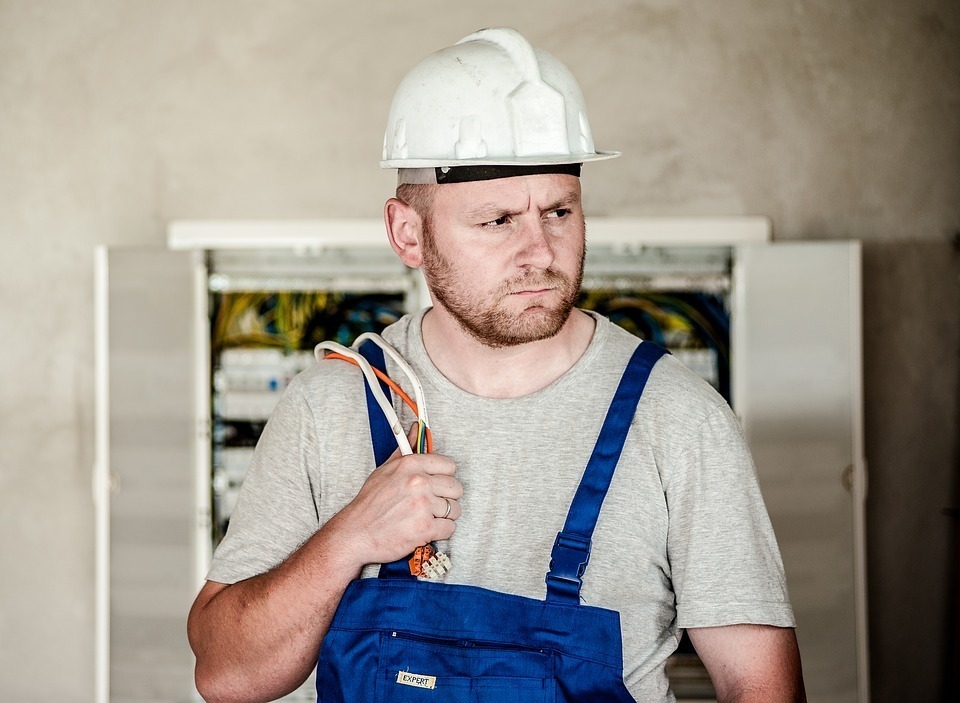 After a review of the flat set up Andy has bad news.

He tells me the only way possible to install the oven is by running a new feed from the breaker.

Just do it and get baking I hear you say!

Well despite meaning we would be attaching wires and sockets to the wall of a rented flat, I did think about it for a while. Then the flake came on the top of the ice cream.

In further checks of the mains board it’s not going to be possible. It was installed by a cowboy.

Probably years ago before legislators insisted a qualified electrician had to undertake, or at least check any electrical work.

I thought it was a bit silly when it was introduced.

Now I understand why!

The unit was wired upside down with inputs where the outputs should be.

To increase the current on the hob output, they had taken another wire and linked bits of current from other channels to boost it.

I'm a baker, teaching people how to bake..

I don't fully understand. So, pardon if you're confused too!

Basically, muddling it up to include another high current feed could lead to a potential disaster.

Andy tells me that it is ok for now, not ideal, but not at risk of blowing us up.

At least we are safe and not going to cause any immediate issues. 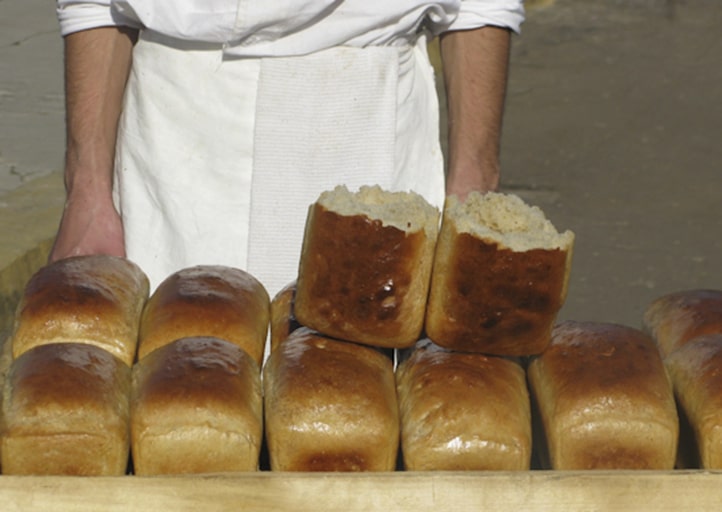 It is very old, to the extent that parts are not made for it so it could not be fixed. It would have to be replaced.

We have the option to reinstall the electrical board with a more modern rcd system.

I'm tempted to mention this to the landlord as it shouldn’t be my responsibility.

I mean maybe, I could get Andy to do it anyway.

However, replacing the board is very expensive and asking and waiting for permission from the landlord would take a while.

Either way, installing my oven won't be done this week...

Why can't you use any standard kitchen oven?

It is possible to use a standard kitchen oven, the problem with mine is that there is no setting without the fan.

I've tried baking with a fan oven before and despite the bread tasting ok, it would often get blown in the oven and become misshapen.

Ok for eating at home but hardly inspiring for myself and especially poor for showing the world.

Can you use a home oven to learn to bake bread

I’ve tried a couple of bakes this week and while some bread went ok, others struggled.

My tiger loaf refused to bake at the top.

Whereas my sourdough breads were disasters as in the absence of a baking stone that fits they fell over when the tray warped in the heat.

My partner found the sourdoughs hilarious, saying I can’t bake!

I think she was joking… I hope so!

Anyway the absence of a baking stone was the biggest issue here.

The heat would have carried into the circumference of the bread to create a flat bottom, given the bread an even oven spring and a strong crust all round.

Without an oven stone it’s hard to bake bread!

It’s beginners bread baking 101 really, but I thought I’d give it a go. It was either this, or no bread at all.

I have tried to bake bread in a fan oven before. I was able to make bread, it’s just they lacked a proper oven spring so we’re often dense, poor crusted and when using wetter doughs they were often wonky.

The wonky-ness was caused by the fan pushing the dough over with so much force.

It’s a shame really as the final bread before I got frustrated and gave up looked like the nicest sourdough I had ever made!

Some breads were fine in the fan oven.

Things like soft baps, baguettes and tin loaves (if you can handle them being slightly lopsided on the top) were fine.

The larger ones, not so much.

Finding an oven suitable for baking bread at home

After realising that the existing commercial oven nor the home fan oven were going to work I had to find another option.

I had three more questions to ask myself to make my decision for what oven I need to bake artisan bread at home.

Can I bake bread in a small commercial oven?

Or, can I bake bread in a Pizza oven?

After looking myself in a quiet room to think and do some research, I started to thrash this one out. Could I use any type of oven?

Maybe, but what type of oven would best fit my needs and not wind up India, my partner.

Here's the best answers I came up with: 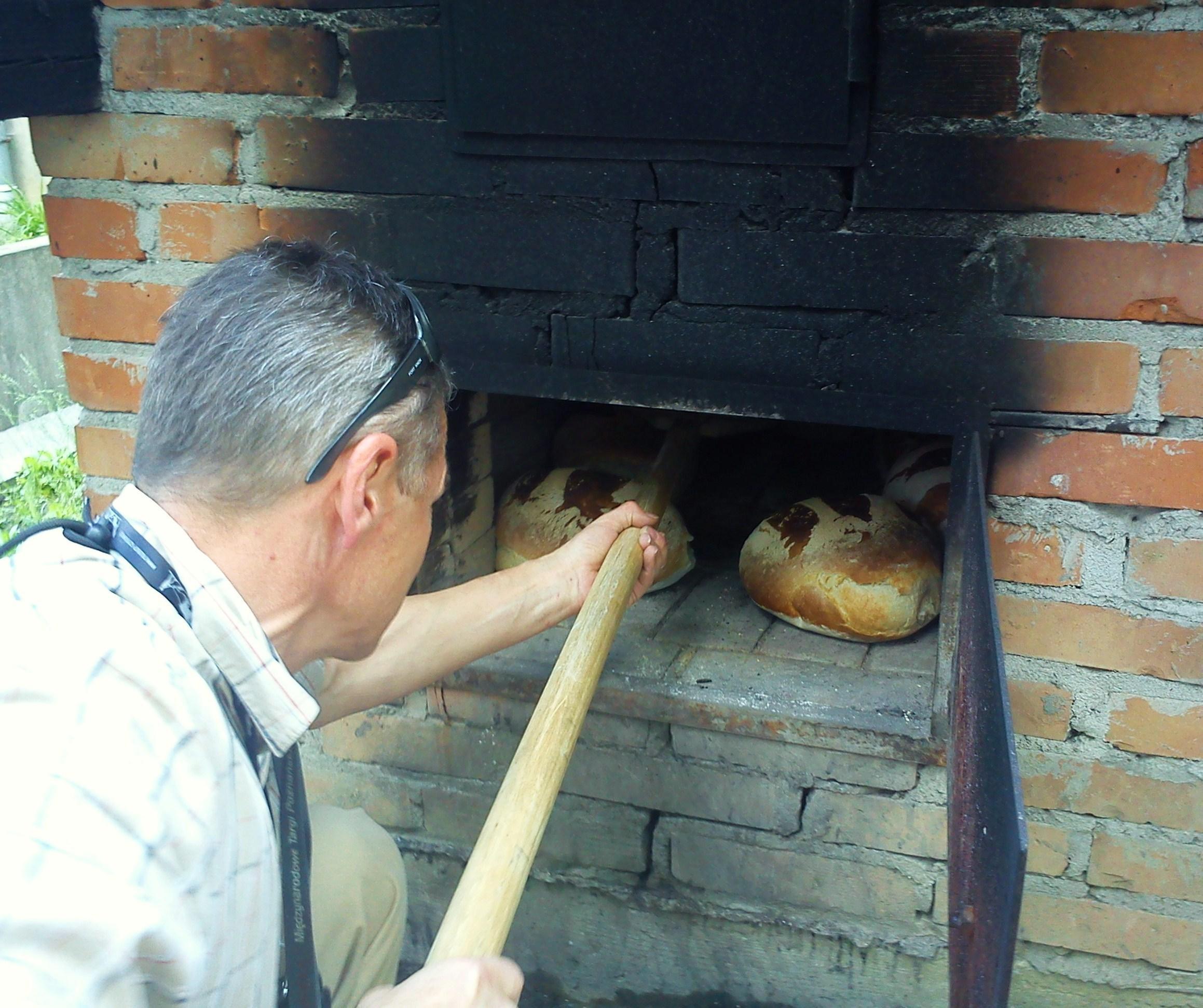 You can pick one up for about £150, even less sometimes!

But it’s not really what this website and the bakery course is about.

Could I get a small commercial oven to bake bread

This was my original intention. It thought I would be able to pick up one second hand and it would be perfect.

Problem was they were all brand new and getting one that was big enough was going to cost thousands.

I was shocked at the price for unbranded ovens, crazy stuff!

How about a using a pizza oven?

Now I looked at these with a lot of interest. Actually I did buy one then quickly cancelled it as it wasn't big enough!

I thought I had checked, but I must have been mistaken that the height of the oven would only be big enough for small rolls (or pizza!).

The ones that were big enough were £thousands and that is not in my budget at the moment.

Is it possible to find an oven solution for a home bakery on a small budget?

Hmmn, what to do? I was giving up, debating whether to find a unit to rent, even though I hate the thought of travelling with the dough pre-made as it usually collapses.

I was lost for what to do, until I realised I there was a fourth option.

Using a domestic convection oven without a fan to bake bread!

It has top heat, top and bottom heat and just bottom heat. And it’s perfect!

Relatively cheap at £150, but I’m cool with that so long that it works! Which it does.

I just need to getting my baking stone cut to size at a stone mason and It’ll be good to go.

Exciting times, and it feels amazing to have the relief of having a proper home bakery set up now! I can’t wait to get baking and showing you guys how to bake bread the right way!

French Bread vs Italian Bread – Which One Is Best?

9 Things I Hate About (Some) Artisan Bread Bakers

How To Create More Flavour In Bread

French Bread vs Italian Bread – Which One Is Best?

9 Things I Hate About (Some) Artisan Bread Bakers

Any cookies that may not be particularly necessary for the website to function and is used specifically to collect user personal data via analytics, ads, other embedded contents are termed as non-necessary cookies. It is mandatory to procure user consent prior to running these cookies on your website.