Can I Make Bread Without Rising Twice? 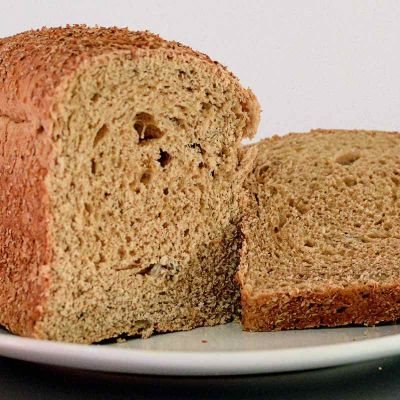 Some bread recipes instruct you to shape the dough right after kneading, but not many. A first rise or “bulk fermentation” is often inserted before shaping, then the dough is “proofed” for a second time, then baked. So, why do bakers do this? Is it essential to rise bread dough two times? And, can I make bread without rising twice? These are the questions answered in this article.

Can I make bread without rising twice?

It’s not essential for bread dough to rise twice, but double rising does improve the quality of the dough. See, as dough rises, it matures. By this, I mean many natural enhancements occur when yeast, flour and water are combined. There is a massive cycle of events, so I don’t share all the detail here, but essentially four core things happen:

So we’ve learned that bread made with a single rise will be less mature than if double risen, but this doesn’t have to be bad! A lighter-tasting loaf can be especially pleasant! Especially when you don’t want your bread detracting from other flavours.

See, when single rising, you’ll want to knead your dough further for a more-robust gluten structure. All this extra kneading incorporates oxygen into the dough. Oxygen is really handy for yeast, as instead of fermenting the sugars, it can respire aerobically. So instead of producing ethanol, the yeast releases water and carbon dioxide gas. Also, twice as much gas is produced compared to yeast fermentation. The dough rises quickly and has a more significant rise in the oven (oven spring).

And if you don’t want to knead your bread all that much, you can still make decent bread with a single rise. Just expect a few air bubbles around the crust area to remain after baking.

What’s more, the bread will contain more water, making it softer. You can even make your bread extra soft by adding fats and/or sugars (see how to make softer bread). Extra ingredients are more noticeable in a blander loaf, so take the bread into a new flavour dimension.

To increase acidity and therefore shelflife, vinegar can be added to quickly risen bread dough. Although it’s not usually as long-lasting as a double risen loaf of bread.

You can make good bread with a single or double rise. Single rising is quicker to make but requires more kneading. If you want to make a softer bread, it might be best to rise once. For more flavourful bread, a double rise is preferred.

Should my dough double in size before shaping?

A lot of recipes say to let the dough double before “punching down” and shaping it into its shape for the final rise. Most bakers find a 100% rise too gassy and hard to work with. The yeast can also run out of sugars and not fully rise the second time. A 50% rise is sufficient in most cases, but if in doubt, follow your recipe.

Can I double rise any bread dough?

It’s pretty tough to knead dough by hand or with domestic dough mixers to the level expected for a single rise. So in reality, following a double rise method is likely to produce better results in a home kitchen.

You shouldn’t double rise a recipe designed for a single rise! Whilst you might be lucky, the likelihood is that the yeast will consume all its sugars too soon and your dough won’t rise fully the second time. But if you wanted to do this, you could convert your recipe…

How to convert a single rise bread recipe to rise twice

To convert a single rise recipe to a double, you’ll need to slow down yeast activity. This is because you don’t want to use up too much of the sugars during the first rise. There are two ways to do this:

The second point is relatively easy to grasp. Yeast is more active when it’s warm, so cooling the dough extends the rising time, so the yeast doesn’t eat up all the sugar too soon. When you get into the detail of dough proofing temperatures, it’s more complex. Check out the linked article if you’d like to learn more!

Whether you cool the dough or not, you’ll probably want to reduce the yeast (even slightly) to convert a single to a double rise. Yeast is quite stinky, so it’s best to use less to allow other flavours to shine.

How much yeast should I use to raise dough twice?

A good rule of thumb is to reduce the amount of yeast used by 25% to slow the rise enough for it to rise twice instead of once.

Can I triple-rise bread dough?

If you were thinking of letting your dough double in size three times, it won’t work. You’ll likely run out of sugars for the yeast to process, or the gluten will start to deteriorate. Either way, the likely result will be a bread that is dense or, at worse, flat as a pancake.

So today, we’ve covered the differences between single and double rising. I think it’s safe to say there is a place for both methods, but if you have enough time, it’s easier to get good results when double rising. If you want, here is a recipe for my beautiful single-risen tin bread, and one for a double-risen simple bread recipe. Let me know if you have any questions in the comments below. How To Control Temperature When Making Bread